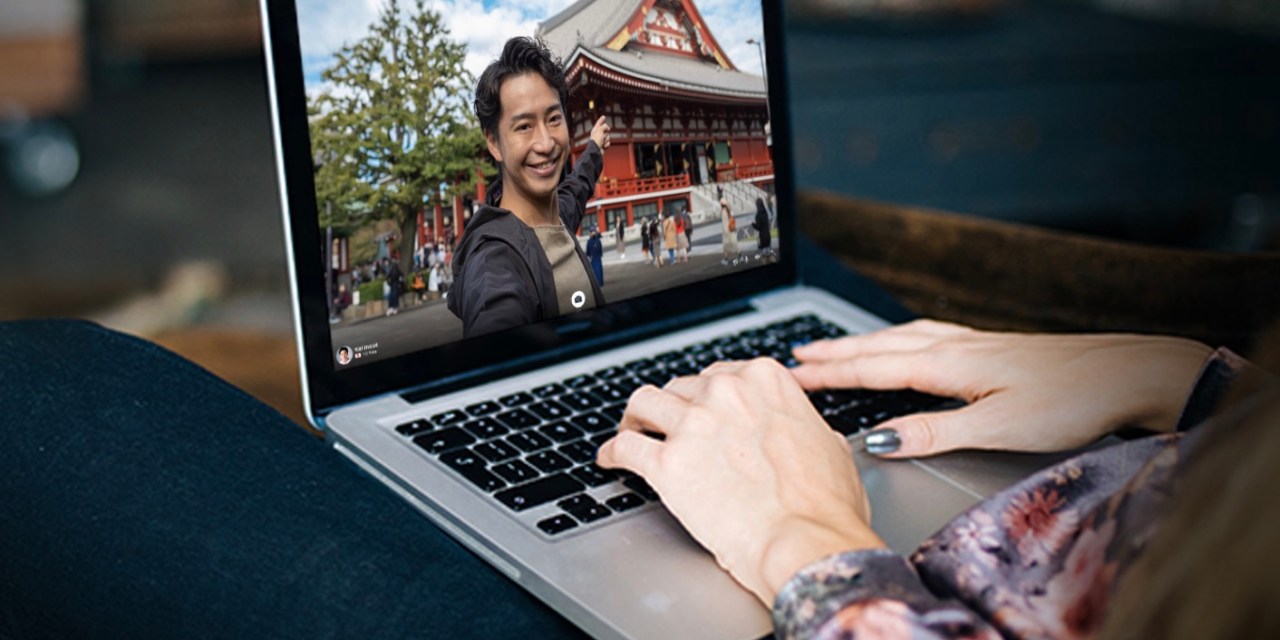 The company is recruiting a team of stylists, chefs, painting teachers and tour guides to host sessions on Amazon Explore, the new “virtual experiences” marketplace that it rolled out at the end of September.

On the surface, Amazon Explore looks almost identical to Airbnb’s Online Experiences platform, even down to the layout. Users toggle through a series of live-streamed sessions — like cooking classes, ghost tours and fashion tutorials — broken out by continent. But instead of an attempt to disrupt the hospitality industry, for Amazon, Explore seems to be an experiment with another, more intimate model of selling goods.

While its virtual guides do lead classes or walk them through famous historical sites, they also double as on-screen shopping hosts. Embedded in most Explore videos is a retail section, where guides put their own products up for sale — and it’s the latest in Amazon’s experiments with new strategies for selling goods. By exposing customers to new hobbies and locations, Amazon is offering a new, more intimate way for users to buy on the platform.

Every Explore session is one-on-one. They feature two-way audio, but only the tour guide can be filmed (customers keep their cameras off). Most sessions last 30-60 minutes and cost about $1 per minute. Hosts would not disclose to Modern Retail how much they take in, but said that it’s not enough for a full-time income. Mid-sized tour companies like Essence of Berlin work with the platform, meaning that they have a rotating cast of workers who host, say, remote walking tours of Cold War sites in Berlin. But some one-off individuals also offer classes on Explore.

The intimacy of Explore is the point. “Prior to the pandemic we started to see an uptick in shoppers’ desire to have more a meaningful experience,” said Rachel Dalton, an e-commerce analyst at Kantar. “It’s the idea that experiences trump products. Experiences have a longer-lasting meaning for your life versus just buying a product.”

Selling both experiences and products
Explore markets itself as a way for people to test out a new hobby. But it also wants them to buy items too. During a cooking class, for example, a chef on Explore might teach someone how to make salsa or paella. At the same time, the hosts are also showcasing knives, cutting boards and spices used throughout the session. Although not all tour guides offer items for sale — it’s optional — those that do integrate selling into their sessions.

Stylists, who might sell clothes from their own brick-and-mortar stores, are also prominent on the platform, but most of the Experience hosts are traditional tour guides based in popular cities including Tokyo, Berlin and Barcelona. Amazon has dabbled in the travel business before, albeit with little success. In 2015, it shuttered a short-lived hotel booking marketplace called Amazon Destinations. Last year, meanwhile, the company started offering a flight-booking search aggregator in India.

Hospitality experts, however, are skeptical that this is a bigger play to enter into travel. To compete with an Expedia or a Booking.com, Amazon would have to totally rework its platform, said Mark Fancourt, co-founder of the e-travel company TravoTech. “The difference between someone like Amazon and someone like Expedia is that Expedia has built all of the environment to handle perishable inventory, and that is a major undertaking,” he said. By perishable inventory, he meant anything available dependent heavily on time, like a hotel room.

More likely is that Amazon Explore will become yet another way to sell retail goods. “I see it very much as more of a traditional retail play than as a travel or sales play,” Fancourt said.

Building a roster of guides
Guides see the classes as a way to use Amazon’s massive reach to get their names out. Currently, Explore is pretty exclusive — guides are recruited and trained by Amazon — which means all participants get a prominent spot on the Explore page. The revenues from an Explore session are not enough to power anything approaching a full-time income, but the guides join, in part, to use Amazon’s reach to get their names out.

Yet although Amazon takes a sizable commission from the virtual tours, it doesn’t take any percentage from the product sales; while not every product needs to be sold on Amazon, the e-commerce giant does process the payments. One host said that Amazon emphasized that the sessions should feel, above all, authentically about learning.

Amazon’s only rule, according to a host Modern Retail spoke with, is that guides can’t sell more than $800 worth of products in a given session. A painting teacher, for instance, couldn’t sell their own art through Amazon Explore, but they could offer copies of their books or supplies.

That seems to roughly track with Airbnb Experience hosts, whose median income from hosting is about $2.5k per year. In both cases, the real money comes from customers who then buy directly from a host’s regular business.

Amazon clearly sees value in using its platform to introduce customers to new hobbies or locations, even if it doesn’t profit directly from the goods sold during these lessons. Like with Amazon’s increasing investments in its Live platform and its efforts to turn its reality show “Making The Cut” into a fashion shopping channel, the company is actively exploring alternative ways of selling.

Ultimately, the goal of Explore seems to be most about deepening the connection between Amazon customers and Amazon itself. Amazon wants to become more than just a product marketplace, said Dalton, and Explore splits the difference well. It could help the platform become a destination for more than just e-commerce — without fully leaving the e-commerce element behind, either.

“It’s not just about, I’m going to go to Amazon and find that one product and leave, but I’m going to go on Amazon and stay on Amazon and discover the other things that Amazon offers across the whole ecosystem, including something like Explore,” said Dalton. “It gets people thinking, ‘Hey, let me spend some time on the Amazon site to see what other opportunities they have as well.’”