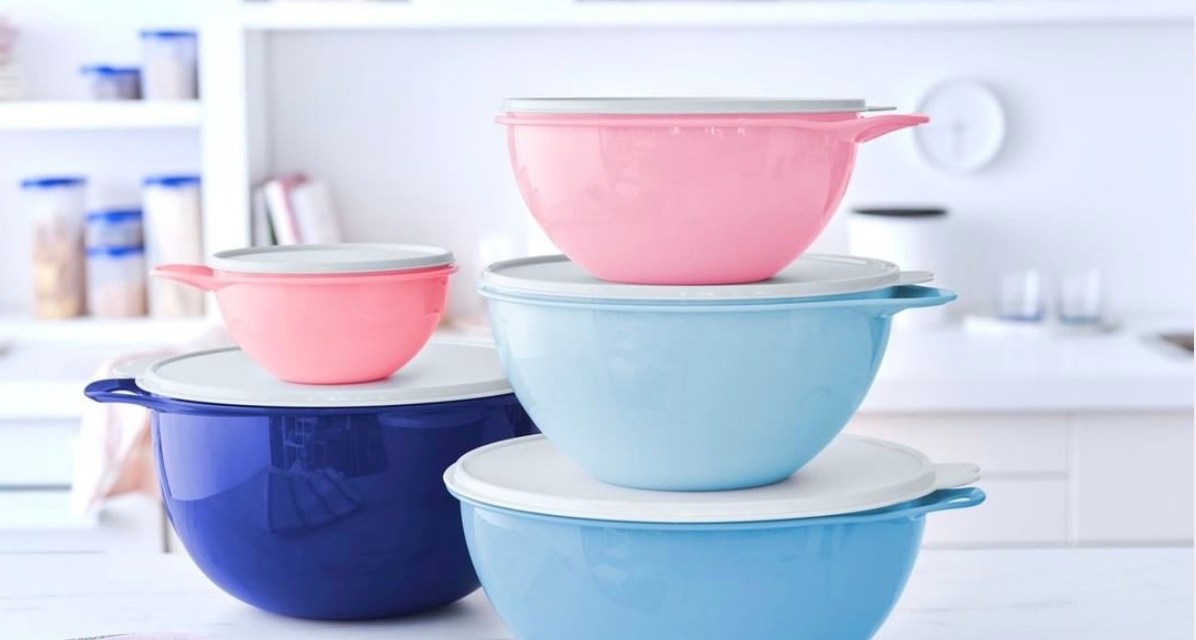 Back in March, Tupperware — the iconic kitchenware brand that has sold plastic food containers since the 1950s — was facing down a dire future. In 2019, the company’s sales slid by 13% — a particularly bleak number after a rocky few decades for the company. Then came the coronavirus, and everything changed.

Before the global pandemic, many of its sellers admitted they were scaling back their “Tupperware parties,” the home events that first catapulted the brand to prominence. Its central model — a direct selling approach where independent sellers hawk Tupperware products for commission, all while recruiting friends and family to join — seemed like the relic of another era. As one executive told The Drum, “people still want Tupperware,” but they just don’t know how to find it.

A global pandemic seemed like it might be the company’s final death knell. But according to quarterly earnings reported last week, the opposite has happened: Tupperware sales are surging. Sales leapt 72% in the U.S. and Canada, the company’s biggest growth period in two decades. At the same time as people stuck at home are buying more kitchenware, Tupperware’s network of independent sellers are reaching much bigger audiences through Facebook, Zoom and TikTok.

“The stock has been just gangbusters,” said Linda Bolton Weiser, an analyst for D.A. Davidson & Co. who tracks Tupperware.

Much of that boom ties back to the jump in demand for kitchenware in general. “When you’re cooking more at home, you’re saving more leftovers, and so that requires food storage,” said Weiser. The result: People are purchasing Tupperware’s clear-plastic containers in droves. Even lesser-known Tupperware products, like the company’s herb chopper, wine bottle openers and microwave grills, are seeing a boost.

But most intriguing about Tupperware’s success is that it has amassed all those sales largely without the help of a traditional e-commerce store. The vast majority of its business still comes from its nationwide network of sellers, who have figured out how to bring direct-selling to social media. Tupperware’s general e-commerce store, which it launched last year, takes in just 4% of its revenue, according to Weiser.

Tupperware parties go digital
By most estimates, Tupperware sellers are more engaged this year than before. 8,000 people showed up for the company’s annual sales conference this year, well above the usual 2,500-3,000 attendance number (albeit the virtual nature of the conference probably helped).

Many sellers work for their own, independently run companies — a kind of collective of Tupperware consultants. Kim Santoiemma, a New York City-based seller, said the number of consultants at her company jumped from 54 in March to 125 today. More dramatically, her earnings shot up six times between early March and May.

Santoiemma started as a consultant three years ago, after a car accident forced her to go on leave from her job. “I was out of work for a couple months, and I was home, and I’m the type of person who needs to be busy, so I started partying,” she said. Now she does Tupperware work on top of a full-time job.

Most online Tupperware parties happen on Facebook or Zoom. Santoiemma will partner with a host, who sets up a Facebook event or a Facebook group. The host then invites a bunch of friends to join. Some parties might last an hour, others might last a week — Santoiemma periodically livestreams into the event and chats with the group. She’ll start cooking on the stream, showing off Tupperware products as she goes. The host, meanwhile, is supposed to encourage their friends to check out certain items. They’ll add personal encouragements like, “Hey, Kim, I think this would be good for your son,” as Santoiemma explained. During the party, Santoiemma sends the guests to her personal store link, where they order Tupperware products directly from her.

To keep it interesting, sometimes Santoiemma plays guessing games. On Zoom, she might have everyone stand up, and if they’re, say, wearing pajama pants, she’ll give them a prize. Her son makes frequent appearances in her online parties, and, she said, “Now it gets to the point where I cook dinner and my son’s like, ‘Hey, let’s go live.’”

Santoiemma finds hosts through other parties — she’ll ask friends of friends who she chats with to try it out. Hosts earn Tupperware credits depending on the items sold, while Santoiemma, as a seller, pulls in a 25% commission (along with other perks, like trips or other financial assistance, she said).

From a purely numbers perspective, online parties also have a big sales advantage: They’re much bigger than an in-person party could ever be. Santoiemma said that she sells to people in Oregon and Oklahoma: “You’re not just stuck to my 1-hour radius.”

Other Tupperware sellers are starting branch out beyond Facebook and Zoom. Rachel Jade Warren, a seller who has worked with Tupperware since last year, said she hosted a text-only Tupperware party on WhatsApp. She messaged back and forth a bunch of photos and product descriptions to a group of potential customers.

Testing out new channels
Warren has also taken to TikTok to try draw younger people to the brand — yes, TupTok is small but very real. After she posted one video for the viral #PewPewPewChallenge featuring a Tupperware product, she got about ten orders to her personal store.

The big draw — and occasional challenge — for Tupperware is that its products are not available in U.S. retail stores. The company’s brief partnership with Target in the early 2000s proved disastrous, when the sudden availability of Tupperware products ignited a chain reaction. Because anyone could buy Tupperware from Target, fewer people purchased the products from direct sellers. Existing consultants then became less active, which meant the company struggled to recruit new sellers into its fold. In 2003, the overall number of sellers fell by a quarter.

Weiser described the Target mishap as textbook channel conflict. “When you start selling your product in stores, that’s a no no,” she said, noting that Tupperware’s main physical retail presence is in Mexico — and even then, the company only stocks exclusive products in physical retailers so as not to undercut its independent sellers.

The company told CNN that it wanted to “show that the product is still here and still available for a whole new generation,” but really the pop-up was meant to make Tupperware’s hard-to-access products look trendy. Most young people have no idea how to find a Tupperware representative, but using that inaccessibility as an advantage — giving the kitchenware brand the sheen of a Birkin bag, for instance — could be a selling point.

Even so, Weiser doesn’t think the company’s future is in physical retail. Neither, for that matter, do its sellers.

“It goes back to relationships,” said Santoiemma. People are just more likely to buy something if they get to interact with the person selling it, she said. “You’d rather buy from the friend. Some of my customers are my actual friends now. They call me on my birthday, I call them on theirs.”