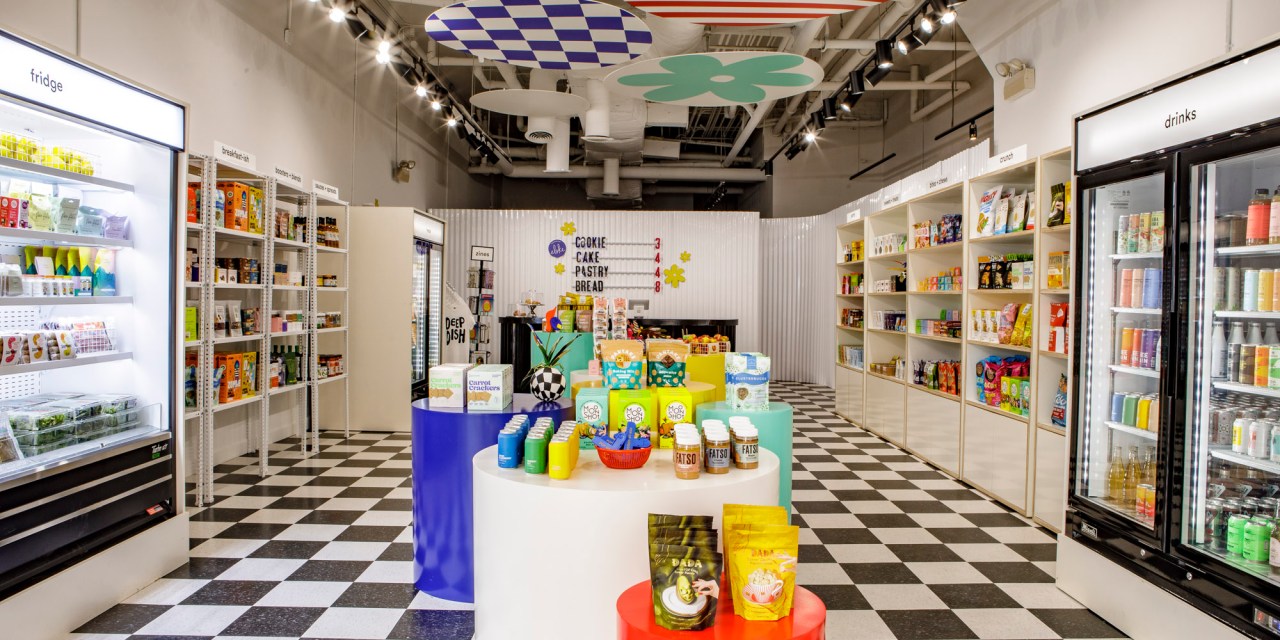 Image via Pop Up Grocer

As coronavirus cases rise, retail brands are being forced to respond.

When the Omicron variant began hitting New York City in December, DTC footwear brand Thousand Fell paused future brand activations and in-person events for the time being. As of late December, Thousand Fell had over 10 events on the calendar for its Nolita pop-up store, co-founder Chloe Songer told Modern Retail. She said that the activations ranged from sustainability-focused speaker panels, female founders roundtable discussions and gallery shows, as well as the company’s holiday party for 200-plus people. The pop-up, however, ended its limited run right before Christmas as Omicron cases began to spike.

The Omicron variant has caused a surge of cases across the country – the highest since the start of the pandemic in 2020. During the week of Dec. 29, 300,886 average daily cases were reported over the previous week, according to CDC tracking.

“We began to evaluate whether we should cancel events, depending on the size and current situation of the city,” Songer explained. Soon after, the company had two team members test positive for the virus, who also interacted with store staff — resulting in a shortage of store staff able to help run the store during busy times. As a result, Thousand Fell decided to cancel all scheduled events and in-person brand partnerships leading up to the holidays.

While cases have risen over the last few weeks, some large retailers have altered the in-store operations — and other startups are being forced to make tough choices. Some companies, like Thousand Fell, are halting events for the time being, while others that had big plans for 2022 expansions are largely keeping an eye on the news but still going forward with new location roll-outs.

Apple was the first major company to announce it was limiting store visits in Omicron hotspots like New York City and Miami to appointment-based services and Genius Bar reservations. Walmart also quietly shuttered dozens of stores for multi-day long cleaning sessions in December, Reuters reported. This week, Macy’s said it will reduce weekday store hours while it faces staffing shortages.

But for smaller brands, such decisions are harder to make.

Later this month, Pop Up Grocer is opening its seventh store in Miami’s Wynwood neighborhood. The location is the traveling shop’s fourth opening amidst the pandemic, founder and CEO Emily Schildt told Modern Retail, and will run Jan. 28 to Feb. 27. Despite Miami being a hotspot for the new coronavirus surge, Schildt said her team is prepared to open. As of January 2, new coronavirus cases in Miami-Dade county surpassed 43,000 daily, per New York Times tracking.

Shildt, however, confirmed that though the store launch is on track, the grand opening event is canceled — and the new location will be practicing strict safety measures.

“We’ll maintain necessary precautions, including requiring masks and limiting capacity in store, for the safety of both our staff and our visitors,” Schildt said. The company, she went on, has cultivated “an appropriate way to continue to operate” while catering to customers and its CPG brand partners. “The safety of our staff and ensuring their health to work for the duration of our short opening is our priority,” she said. As of now, the company only plans to hold smaller events that require proof of vaccination.

Meanwhile, other brands are plowing ahead with new store openings.

Athleisure brand Vuori is also still on track to open its previously-announced locations, a brand spokesperson confirmed via email. In October, the brand raised a $400 million funding round, which it said will help it expand globally. The plan is to open 100 shops over the next five years — its first London store is slated to open in Spring 2022.

Similarly, clothing brand Rails is also still on track to open two new locations in London this winter, according to a company statement.

DTC homeware brand Parachute Home temporarily closed its Soho store a few weeks ago due to pandemic concerns, but it hasn’t made any changes to new store openings in the coming year, according to a spokesperson. The company added several new Parachute locations in 2021, bringing its total count to 12 stores across the country. Parachute has two new 2022 locations in the works – one at Minnesota’s Edina’s Galleria mall and a Pasadena location. The spokesperson said it plans on reopening the Soho store this coming weekend.

DTC framing service Framebridge said it is doubling down on new openings. “We have not paused new store openings at Framebridge,” founder Susan Tynan told Modern Retail in an email. Tynan said that brick and mortar retail has become a growing part of Framebridge’s business, with the stores acting as framing consultant and customer service hubs. “We had our best single day in retail yet during the 2021 holiday season,” she noted. During the fall of 2021, Framebridge opened studios in Chicago, New York’s Greenwich Village and Cobble Hill in Brooklyn.

This year, Framebridge is continuing its planned expansion of several store openings in the Northeast. The company is slated to open two more New York City stores in March, one in Manhattan’s Murray Hill and another in Brooklyn’s Park Slope. In April 2022, Framebridge is also opening locations in Seaport, Mass. and Hoboken, N.J. In approaching 2022, the company plans to continue operating existing stores with rigorous safety protocols in place, said Tynan.

Jharonne Martis, director of consumer research at Refinitiv, said that despite the Omicron variant outbreak, many retailers have to continue with their pre-planned brick and mortar investments.

The reality, Martis said, is that “the bulk of total U.S. retail sales — about 77.6%, per Refinitiv data — still happen in stores.” Therefore, brands have to plan for their physical footprint expansion despite temporary setbacks, which include new virus virus variants. However, new openings may not look the same. Martis noted that new shopping habits have prompted a number of retailers to modify their store formats or services while continuing to expand.

As for Thousand Fell, despite the current pause, the brand is not considering eliminating in-person events altogether. “We plan to have additional physical retail activations in the near future,” Songer said. The pop-up store, which opened in mid-2021, saw an incremental lift in sales and awareness during its two-month pop-up period.

“We saw the value of a physical space as a billboard for general awareness, and a space for us to activate with and grow our community,” Songer concluded.