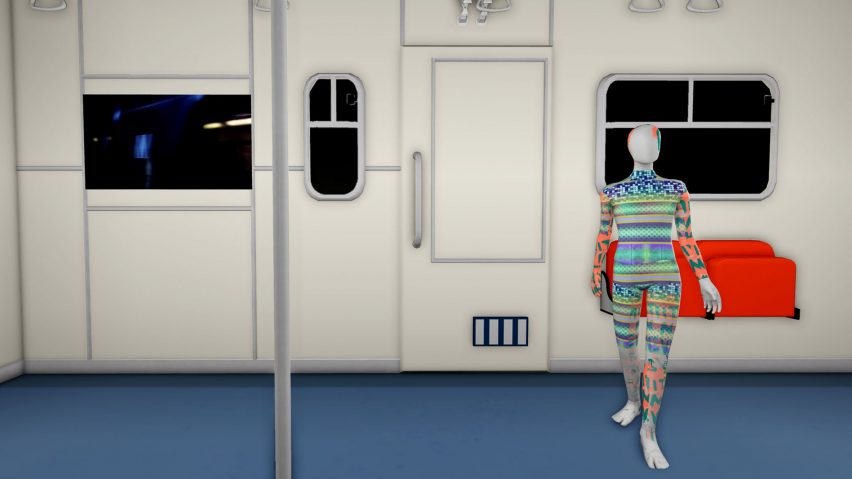 In May, Gucci debuted a two-week virtual exhibition within the gaming platform Roblox. It was one of the highest-profile branded placements on Roblox yet.

As a part of the exhibition, Gucci sold virtual handbags within Roblox for a starting price of about $6. One reseller who copped a virtual handbag managed to sell it for $4,115, more money than many real-life Gucci handbags cost — and the Gucci exhibition drove a significant amount of buzz in the marketing world.

Gucci wasn’t the first major retail brand to build a virtual experience within Roblox. Nike has launched campaigns on Roblox for years, including giving users the ability to buy virtual versions of its shoes since 2019; and Nerf developed a Roblox adventure game based around its products. Ryan Kaji, a 9-year-old toy influencer and YouTube’s highest-paid creator, has a Roblox game in which he also sells merchandise. (Outside of retail, Warner Brothers is creating a virtual “block party” to promote the launch of the film In The Heights and Lil Nas X previously hosted a virtual concert on the platform.)

Modern Retail reported in November on the potential for branded Roblox games to become a new advertising strategy. But the fact that a major fashion brand like Gucci is investing in Roblox underscores how, in recent months, retail brands have increasingly been eyeing ways to build out a presence on the platform.

Roblox is far from new — it’s been around since 2006 — but it has grown rapidly, especially in the last several years. In April 2017, it had just over 30,000 monthly active users; four years later, in April 2021, that number had gone up over sixfold. As its user base grows, so has the amount of money being spent on in-game purchases throughout the platform. That, paired with the fact that its age demographics are also increasingly skewing away from just children, has made brands especially keen to test it out.

Roblox is still in its early stages of evolution as a marketing platform. But after the company’s $41 billion public debut in March, Douthwaite said that he’s seen increasing interest from companies across all industries, including a mix of toy brands, media companies and real estate property companies, about marketing on Roblox.

“A lot of brands come in and they know they want to be on Roblox, and they’re not sure how,” said Andrew Douthwaite, VP of Roblox content at kids’ research and development studio Dubit. Douthwaite’s company has designed games for media and education companies like GoNoodle and the TV series Master Moley.

For brands that want to become more active on Roblox, there are generally two different trajectories. They could create a branded game within Roblox, which would involve semi-regularly updating the game for the players. A shorter-term investment is a timed event — a concert, for instance, or a product launch of some sort, either centered around a brand or sponsored by a brand.

Especially intriguing to brands is the massive business Roblox has built around in-game transactions. Last quarter alone, Roblox users spent $652.3 million buying Roblox’s in-game currency, called Robux. (That breaks out into $15.48 per active user in the last quarter.) Much of that Robux money goes into virtual accessories that users can attach to their avatars.

Given the ease of creating digital products that a player can wear on their virtual avatar, “certainly fashion and apparel brands have been early adopters of the virtual space,” said Matt Lang, strategy director at the marketing agency imre. He said that Roblox also presents unique opportunities for brands because it is so customizable. Because a brand can build a game from scratch on the Roblox platform, “it’s just a much more open canvas here,” he said.

The new awareness of the platform among brands is not only attributable to Roblox going public — many brands, according to Douthwaite, are finding in their own market research that their younger customers are discovering their products through Roblox. “We’ve spoken to some brands who have said, we’re finding out that children are finding our brand on an unofficial Roblox game,” he said.

Another factor is that, as Roblox has grown, it has also diversified its core user base slightly. While kids remain the predominant users on Roblox by far, a growing cohort of younger adults are embracing the platform. According to statistics shared by Douthwaite, 25% of Roblox users are under 9, 29% are 9-12, 13% are 13-16, 16% are 17-24 and 15% are older than 25. Spread out across an audience of 202 million monthly users, all of those age brackets represent a significant share of people. And they’re also part of a demographic that brands are always interested in reaching: Roblox is not as big as TikTok, but it has a similarly Gen-Z-heavy usership.

Sara Wilson, a digital consultant and founder of SW Projects, said she thinks brands still have misconceptions about Roblox in general. For one thing, “I think they’re thinking about Roblox as a place for gamers,” she said. While Roblox is structured around games, she said a key element of its appeal is that it is a social space — a place for people to gather and share music and attend concerts or other virtual events. Thinking of it that way, as a new kind of social platform, could potentially open up the platform to a much broader ecosystem of brands.

For now, said Lang, while the Gucci activation may have brought some extra attention to Roblox, many brands are sticking to a wait-and-see approach. “The challenge with Roblox is figuring out a way to activate or enter that space in a way that’s not going to be bothersome to the community that’s already there,” he said. He said that too often “brands are eager to get in on the latest shiniest thing and that can often lead to questionable execution.” (Clubhouse, for instance, saw a significant amount of marketing hype earlier this year, even though it has only a fraction of the reach of a company like Roblox, and already has declining user numbers.)

Wilson said that, when more brands do try to find their place on Roblox, she expected that it would happen through partnerships with influencers like Ryan Kaji, who have built their own thriving Roblox worlds. “For a brand that’s looking to dip a toe into Roblox, it might be a good idea to partner with an influencer and come up with something really smart as opposed to just go in on your own,” she said.