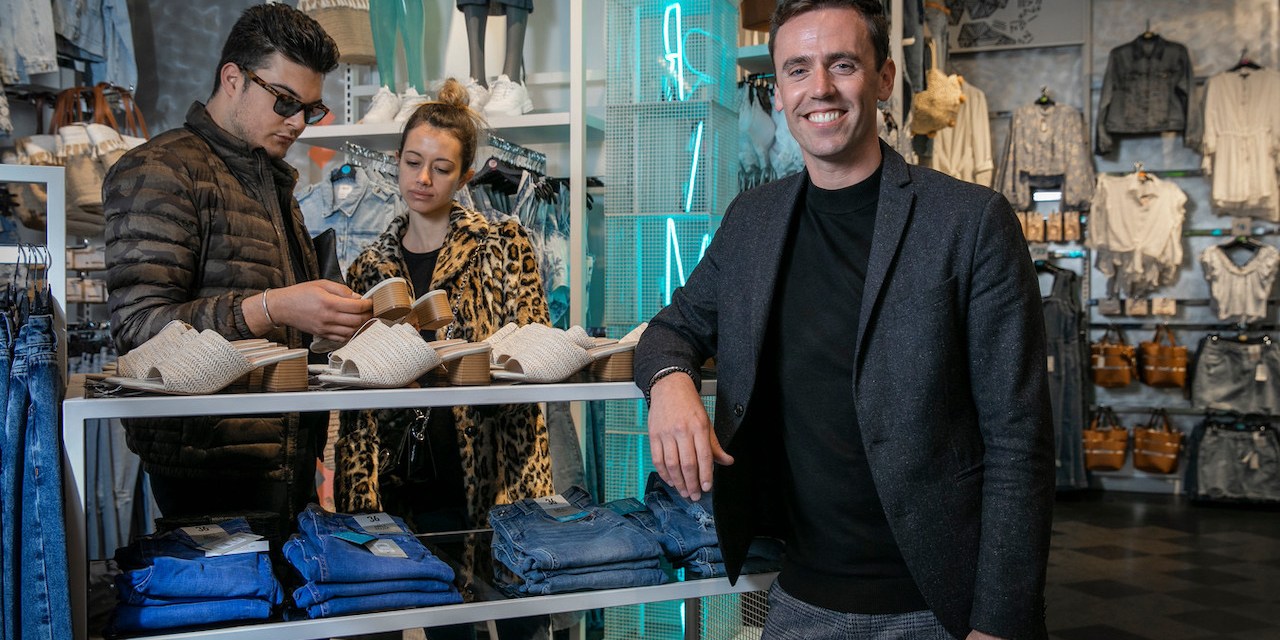 As one of the largest fashion retailers in Europe, Primark has lofty plans for its U.S. presence.

The company, founded in Ireland in 1969, currently has over 400 stores across 13 European countries. Primark is known for its fast fashion apparel, footwear and beauty. Its prices starting for as little as $3 for accessories, in the U.S. and many jeans and jackets run for under $50.

Now, Primark is betting on U.S. expansion to drive a lot of revenue growth over the next year. For fiscal year 2021, Primark-owner Associated British Foods reported the retailer brought in a revenue of 5.59 billion pounds, a 5% drop from 2020. This year, Primark’s revenue came in at 7.7 billion pounds, or a 43% increase over last year.

Primark opened its first U.S. store in 2015, in Boston. Throughout, 2020 and 2021, the company opened a few new locations as in  New Jersey’s American Dream mall, as well as in Chicago and Philadelphia. But this year, that pace has picked up. In 2022, Primark announced 10 new openings — doubling its U.S. U.S footprint, including one in Brooklyn’s City Point complex opening on Dec. 20. Thus far, Primark’s stores have been largely scattered across the Northeast, but next year will see it hit two new states, Maryland and North Carolina. “There will be even more stores opening the year after next, which we haven’t announced yet,” Kevin Tulip, Primark’s U.S. president, told Modern Retail.

Primark’s biggest proposition is affordability, and Tulip believes the brand can compete with both fast fashion names like H&M and Zara, as well as big-box stores Walmart and Target. He also cited the ongoing inflation as a reason U.S. shoppers who had heard of Primark are excited for its store openings. In an interview with Modern Retail, Tulip discussed Primark’s brick-and-mortar model, its U.S. growth ambitions and how e-commerce can fit into it. The interview has been lightly edited for clarity and length.

What’s Primark’s vision for the U.S., given that you’re already ubiquitous across the U.K. and Europe?
We opened our first store in Boston’s Downtown Crossing as part of our U.S. expansion. Even back then, it was all about testing the model and proving it is profitable. From there, we decided to move into a more regional setting by going into the malls, like Connecticut’s Danbury Fair Mall, then Freehold, N.J. That allowed us to play around with the range and space over the next number of years. The biggest lesson was store space. In most of our continental Europe market, we typically open in a space that’s over 50,000 square feet. But here, we’ve downsized our stores to about 35,000 square feet, which has shown to be more profitable.

Many were aware of the European retailers that tried to crack the U.S. market. There was probably some expectation on the brand to just open a large number of stores right away, but this pace has allowed us to continue learning a lot of lessons around locations. And so fast forward to last holiday season, we announced our goal to get to 60 stores by the end of 2026 — that’s part of a global drive to get to 530 stores by 2026.

You currently have a mix of downtown and suburban stores in the U.S. How do you choose your locations?
There is a lot of science that goes into it, but a little bit of heart as well. We’re primarily a brick-and-mortar retailer, even in the U.K., where we’re testing click-and-collect. So we have to be in a location where we already have a large footfall, and is around our competitor set. For us, it’s not about just getting into a particular location, come hell or high water. It’s about being in a space that will be profitable.

Two recent examples of this are [New York’s] Roosevelt Field, which opened on Nov. 17, and Jamaica Avenue in Queens that opened just last week. We know that Roosevelt Field is one of the largest in the U.S., and we spent a lot of time there talking to the landlords and watching the footfall. Meanwhile, Jamaica Avenue had been on a list for a while and people were anticipating us to open and it’s a fairly densely populated area in Queens. And while we don’t expect people to travel there from other boroughs, we do think it’s an opportunity to serve a community already shopping on that street. There are a lot of deals to be made financially, but if it’s not a location we see being successful long term then it isn’t somewhere we’re interested in opening.

How does Primark’s merchandising model aid in profitability?
We don’t have a complete push model like other big-box stores. So the in-store leadership team pulls 40% of products that they think are going to work for that location. Since the early days, we’ve found that the product mix performs differently in certain parts of the U.S., whether it’s childrenwear or womenswear – and how big is beauty or home. To this day, every store’s leadership is testing these ranges and adapting them to suit their community’s needs. One example of this is in downtown Philadelphia, where we initially expected a smaller need for the children’s range – but it actually ended up being stronger.

Do you foresee e-commerce eventually fitting into your existing model, which you began testing in the U.K.?
We’re all monitoring the results closely. But we’re all clear that we’re a brick-and-mortar retailer and are passionate about enhancing the in-store experience. I’ll be looking for those click-and-collect results to be incremental to store sales. I’m very positive it will be a great result at the end of the trial, but I’d only be interested in it [digital collect] if it enhances the store experience. It’s brick and mortar first.