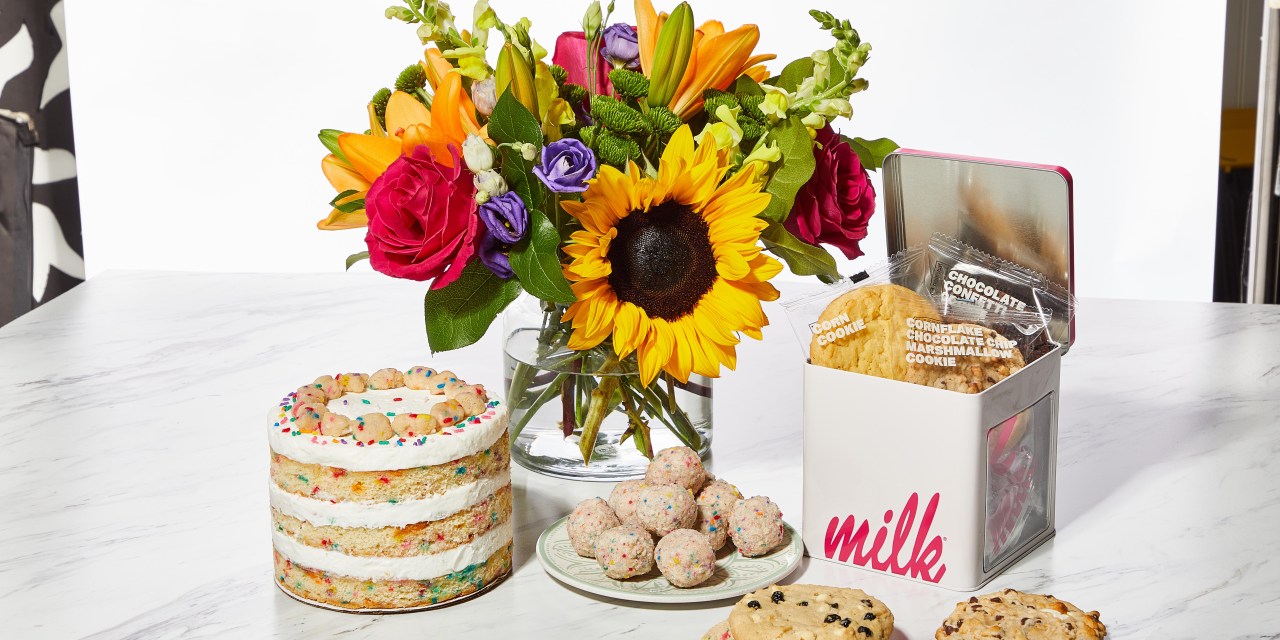 More than three years after exiting bankruptcy, floral delivery company FTD is regaining its footing in the gifting business by diversifying its product lineup and making it easier for florists to fulfill same-day deliveries.

This fall, FTD company launched partnerships with Baked by Melissa and Milkbar to allow customers to add snacks to floral orders. Plans are in the works to add other sweets, and the company is currently beta-testing alcohol deliveries with Thirstie in several major metros with the hope of rolling it out nationwide by early next year. And behind-the-scenes, new ordering systems and a Shopify-based platform aim to make it easier for florists to fulfill online orders coming from FTD.

FTD emerged from bankruptcy in August 2019 when it was bought out by an affiliate of private equity firm Nexus Capital Management LP. Then in March 2020, just as the coronavirus pandemic triggered lockdowns and an economic standstill across the United States, CEO Charlie Cole took the helm.

What followed was nearly two years of fixing the company’s “nuts and bolts,” Cole said, before the company could implement a refreshed business strategy. The most critical part of that? Mending the relationship with more than 9,000 member florists across the country who had partnered with FTD for delivery services — and weren’t pleased.

“There were a lot of things that we needed to fix, a lot of scar tissue that needed to be cut away,” Cole said. “Most of the problems from coming out of bankruptcy were caused by us — or caused by bad systems, caused by bad handoffs or caused by bad information being sent to members. And so the number one challenge we had was fixing that. Because otherwise, you’re going to have a bad customer experience.”

FTD filed for bankruptcy in June 2019 after nearly a century of operating as a floral delivery service. The company had hit a period of struggles following a $430 million acquisition of ProFlowers in 2014 that involved $200 million in debt. It also faced an increasingly competitive landscape with nimble startups like Bouqs, Farmgirl Flowers and Urban Stems were gaining market share.

And, critically, the florists and customers using FTD weren’t reporting positive experiences. The company’s net promoter score, which ranks customer loyalty, on a scale of -100 to 100, was a 4. Now, Cole said, it’s in the mid-40s, with a 25% increase in the past quarter.

Much of the dissatisfaction stemmed from how the ordering process put florists in “an unfair position,” Cole said. Customers could pick out an arrangement online, then FTD would match the order with a florist near the delivery area to fulfill it.

But the FTD website would display arrangements that all member florists in all locations might not be able to make due to seasonality and inventory patterns. For example, a bouquet with peonies might not be seasonal in all climates.

“If you go on the website and you see the bouquet you like and say ‘I want that,’ I need to be able to make that bouquet from Fairbanks, Alaska, to Key West Florida,” Cole said. “So, put another way, stem availability needs to be universal across all 50 states.”

Once on the other side of bankruptcy — and after hundreds of hours of listening sessions with florists — FTD changed up the displays on its website to reflect more seasonal arrangements. And it also made new inroads with flower suppliers in Colombia and Ecuador that florists could access if they were unable to get certain kinds from their local wholesaler.

“It went all the way back to SKU design, and then you kind of work your way down to the systematic level to make sure that when the orders were getting routed in the proper way,” Cole said.

After the behind-the-scenes of the company were more operational, a rebrand went live in September 2021.

“We had to make sure we have the experience right, the brand right and the site right before we started actually wanted to amplify it,” Cole said.

In addition to a new website and logo, it positioned the FTD website on Shopify, which allowed the company launch a new small business e-commerce service for its florists.

But it also opened the door for wholesale distribution of other products.

“When we finally were able to kind of get out of our own way, we fixed the flower thing, and were like ‘OK, now what?’” he said. “We realized that the fastest growing gifting categories in the United States of America, frankly, weren’t flowers.”

This fall, FTD started offering bundles of florals and desert in partnership with Baked by Melissa and Milk Bar. Cole said the goal with these partnerships was to find the best-in-class for desserts, and make them accessible to local florists through a wholesale distribution network.

“We really started to widen the aperture and try to evolve from being a flower company to be more of a holistic gifting company,” Cole said.

Implementing new business strategies and repairing relationships with customers and suppliers are common approaches for businesses coming out of bankruptcy, said Seth Kleinman, an attorney with Morrison Foerster’s business restructuring and insolvency group.

“The challenge for the company is can they actually do the things they tell the judge on paper that they’re going to be able to do?” Kleinman said.

But every company’s story is different. Some wind up in what is colloquially known among attorneys as “Chapter 22,” Kleinman said, or having to file for bankruptcy a second time because the re-emergence plan didn’t work out.

Kleinman said what sets companies apart is if they’re able to avoid making the same mistakes that landed them into bankruptcy in the first place. Companies may also be affected by macroeconomic conditions, whether its product or service has a viable market in the time that it comes out, Kleinman said.

“A lot of it has to do with execution by management and the capital structure of the company. Is it able to meet its debts in an organized way so it’s not following all its money back to its lender?” Kleiman said.

For FTD’s part, coming out of bankruptcy means keeping a keen eye on what’s happening in the gifting business.

Cole said FTD has been able to emerge with an edge against its startup competitors because it has the ability to provide an edge with same-day fulfillment given its wide network. Arrangements are delivered locally, rather than through a dropship model, Cole said.

He also anticipates further growth to come to the company because of the expanded product assortments. Cole said thatmore snacking and alcohol delivery are prime areas of growth that the company is eyeing. FTD is also seeking to partner with other brands to grow its customer base, including advertising with a floral wall at the Kentucky Derby and offering discounts to AARP members.

“We started with technological solutions,” Cole said. “And now we’re really involved in in merchandise solutions, where I want to make partnerships that give our florists access to things that no one else can get.”

He also credited the executive team that’s been put in place since the bankruptcy, citing a resiliency that’s required of a company to own up to its faults in order to fix the problems at hand..

“Bankruptcy turnarounds are not for the faint of heart,” he said. “You need people who truly believe in the mission. And our mission is to make those best and worst moments of your life a little bit better.”