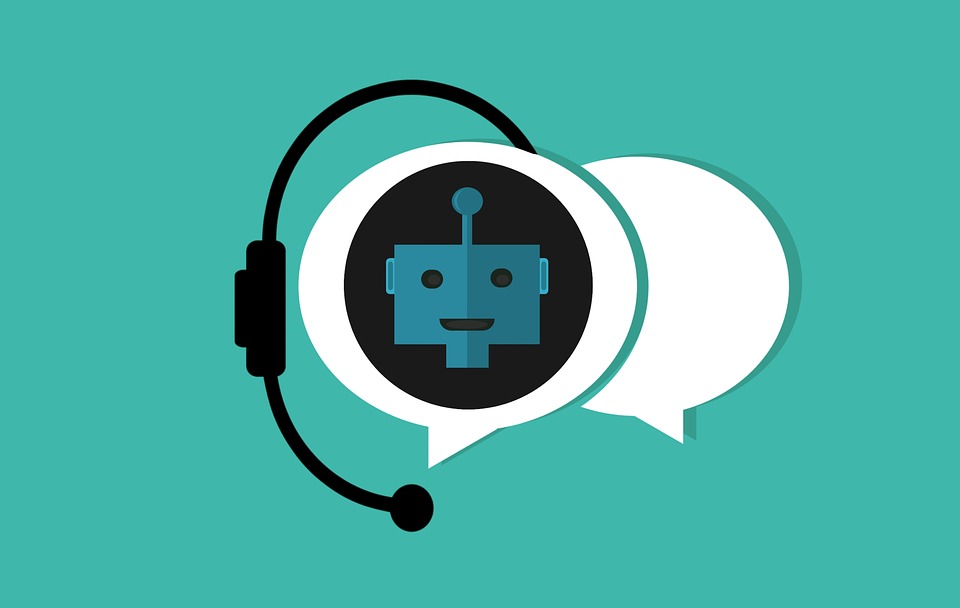 For DTC furniture brand Homethreads, that means having a real agent on the line to answer questions about colors, styles or product availability — and, of course, close sales.

“It’s extended what we believe in as a company in terms of customer service, in bringing an instant-satisfaction level where you have a connection to a real person,” said CMO Brad Bruckner. “We would hate it if it was a bot, or just a program response.”

Homethreads is one of a growing number of brands that this year started using a live chat service called Concierge, a new offering from text marketing firm Attentive that officially launched this June.

Brands often use it for conversations triggered by a certain behavior — such as abandoning a cart or exiting a page. Customers who sign up for SMS communication can also text a question to the brand and get a response from an agent, who is a member of the Attentive team that’s plugged into the brand’s dashboard.

The service is more costly than the standard Attentive SMS plans, which include base fees and the monthly texting budget, to help cover the costs of staff. But Bruckner credits the better customer service with helping Homethreads drive upwards of $36 million in revenue last year. SMS is the top driver of retargeting traffic from the site, above Meta, Pinterest and Google.

“You get the little alert and you don’t miss the text, which is why we feel like it’s better for the way people work and the way people live,” Bruckner said.

Homethreads is far from alone in seeing success with SMS strategies, and live chat in particular. During Cyber Week, there were $1.1 billion in sales driven from SMS campaigns across more than 5,000 brands that use Attentive. But the conversations that used a live agent had an average order value that was 69% higher than automated counterparts, Attentive data shows.

Bloomreach, an e-commerce engagement platform, saw a 50% increase in SMS messages sent over Cyber Week this year compared to last, for a total of 3.8 billion messages. Data wasn’t available on how many of those messages were two-way conversations, but CMO Amanda Elam said SMS overall is taking off as a channel for customer experience.

“We’re rapidly approaching a point where a brand’s ability to communicate with customers across every channel isn’t even a differentiator, it’s the expectation,” Elam said.

Sara Varni, CMO at Attentive, said a two-way conversation can cater to a customer’s particular situation, akin to a store associate guiding a customer through the floor.

“Customers don’t want a batch and blast world. They don’t want a no reply world,” Varni said. “And so for an SMS marketer, it’s super critical that your messages are hyper-tailored to that customer.”

Luggage and accessories brand Calpak debuted SMS in mid-2020 and was an early adopter of Attentive’s Concierge service. It allows customers to respond to text messages and speak with a live agent.

“The majority of those conversations are like, ‘Help me pick out something,’ or ‘Would love this in a different color,’” Shin said. “Customers just want to be heard, and I think they just want to feel like there is someone on the other side listening to them.” 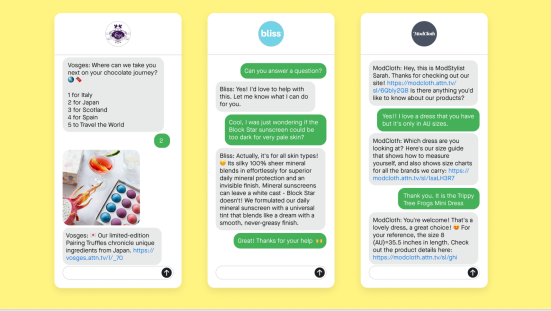 Others may involve warranties or product availability. If the customer has a specific question that the Concierge attendant can’t answer, the conversation is bumped to a brand representative.

The live chat exchanges also provide the benefit of real-time customer feedback that can be implemented – such as adding additional information to a product page.

“It’s really informing us across the board to make decisions elsewhere,” Shin said.

But live chat SMS may not be a fit for every brand. With SMS overall, the cost to acquire a customer contact via SMS is higher than email. The unsubscribe is also much higher, Shin said, so brands must be sensitive to the timing of when a text is sent to help mitigate annoyances.

Growing the contact list is also its own hurdle. Shin said Calpak began prepping for Thanksgiving weekend sales in September and October by offering promotions to sign up for SMS and partnering with influencers.

“We really wanted to make sure that we were a healthy list going into the season,” she said. “And I think the larger our list grows, you know, the more return that we see.”

Draper James, the clothing and lifestyle brand founded by Reese Witherspoon, currently doesn’t use any live agents in SMS strategy, said CEO Erin Moennich. An experiment with having store associates at the flagship store Nashville respond to text messages was short-lived, Moennich said. The test occurred during the holiday season as a way to help customers source last-minute gifts. But there would sometimes be a lag between the arrival of a text and the amount of time it took to give a response if the associates were busy on the floor.

“Without that urgency, you kind of lose the impact of it,” she said.

But that’s not to say the brand won’t try again in the future.

“For us, it really comes down to the manpower,” she said. “But there’s a lot more we can use it for, and would like to use it for, going forward to kind of offer that really personalized touch.”

For example, a recent campaign went out asking subscribers which of two color options they preferred in a piece of apparel. While the SMS list is only about a quarter of the size of the email list, open rates and engagement rates are higher.

“Oftentimes, we’ll launch VIP or exclusive offers like early access, because I do think it’s important to give that super engaged list a reason to continue to subscribe,” Moennich said. “It’s a smaller group, but a super-engaged group.”

Varni from Attentive said having a live chat element in an SMS strategy can be particularly useful for brands that have a high level of inquiry or consideration involved with their purchase.

Someone who is waiting in an online chat queue for a representative, for example, might log off before being able to get their questions answered.

“If you’re like buying a luxury handbag, that’s over a certain price point, you’re going to want to know a little bit more about it before you’re just adding it to your shopping cart and, and purchasing it,” she said. “With text, it’s a much more seamless method to interact with the brand.”