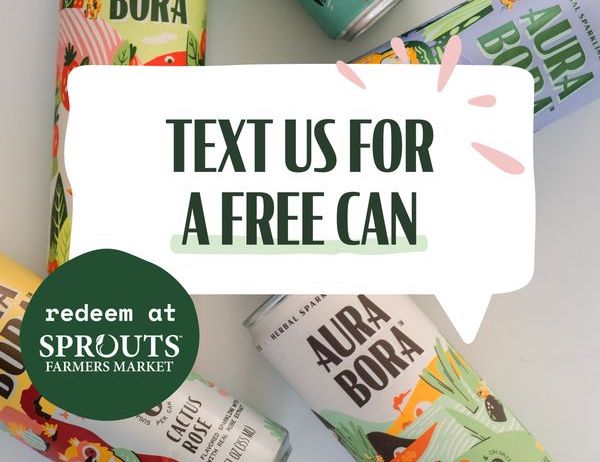 With an increasing number CPG startups vying to get in the door at Target and Whole Foods, it’s more challenging than ever to stay on retailers’ shelves.

Oftentimes, upstart brands spend their own marketing dollars on in-store demos and discounts to ensure that they drive enough volume to stay on the shelves of partner retailers. This has led to a rise in digital sampling sites that offer members products for free in exchange for reviews — but they can also be expensive for small businesses to participate in.

That’s led some brands to come up with their own creative social media campaigns to drive in-store sales, as well as new business-to-business startups that promise to help CPG startups drive in-store traffic cost-effectively.

Aisle, a new sampling platform that launched in May of this year, is one such company trying to give brands more control over in-store sampling. The company, which currently works with 128 CPG startups — such as Swoon, Aura Bora, Haven’s Kitchen and Deaux — to promote low-cost vouchers that drive in-store customer acquisition. According to a number of these brand founders, digitizing their in-store traffic also helps retarget customers and create retention following the initial free product offer.

Aisle founder Chris Tiffin said digital vouchers “[make] couponing less awkward for new customers to redeem.” Through Aisle, brands can send targeted campaigns, encouraging customers to visit their local Target to get, say, one free box of Nuggs for a limited time. Customers just have to text the brand a picture of their receipt as proof of purchase, and then customers get reimbursed via bank transfer or Venmo.

“We handle the backend and payments, while brands build their own online or SMS campaigns based on what retailer they want to push volume to,” Tiffin said. Offers can range from a free product to buy one, get one free coupons. Companies can push out Aisle campaigns through their own social media posts, email, SMS or even as influencer codes. “We’re even seeing some brands using our campaigns as a replacement for website discount popup,” Tiffin said.

Through Aisle, brands can also track retention rates among shoppers who sign up. For example, 30 days after purchase, customers who redeemed an Aisle voucher get a message asking how many times they’ve repurchased that brand. “Our survey response rates have been sitting at 40% to 45%, with many customers showing interest in repurchasing,” Tiffin said.

One of Aisle’s recent success stories was iced tea brand Halfday, which launched in 2021 and is currently in 1,600 doors across the mid-Atlantic region. The company is gradually making its way into Publix, Target, Foxtrot and, most recently, Whole Foods locations. Co-founder Mike Lombardo said he started using Aisle this past summer to drive velocity to these new retail partners.

“This fall, we used the SMS promotion to send our followers to Target, and received 15,000 sign-ups so far,” Lombard said. Following the free can after reimbursement redemption, Halfday has on average received a 41% retention from digital referrals. “It costs us about $0.25 to acquire a customer’s phone number, which is a lot cheaper than what we were spending on sampling. “Now, we’re retargeting people on this list to go try different flavors available at their local Target,” Lombardo said.

Founder Paul Voge told Modern Retail that the vendor offers brands a $0.35 per customer signup rate, making it much cheaper for Aura Bora than traditional in-store demos from retail vendors or from cash-back platforms like Ibotta or Fetch.

“For a beverage brand, driving trials is the name of the game,” Voge said. “We recently offered a free can of a new flavor at Sprouts, our Ginger Meyer Lemon, and had more than 100 customers go redeem it that week,” Voge said. The digital promotion was offered through Aura Bora email, text messages and QR codes. “That would have cost us 2x- 3x more to do through an in-store demonstration.”

Since then, about half of those customers have returned for full price purchases, Voge said. Furthermore, seeing their validated receipt — including their other purchases — gives Aura Bora insight on that shopper’s general taste in brands. Voge said the company will promote a similar campaign when launching its Chai Cranberry flavor in stores early next year.

As more CPG brands like Swoon and JuneShine shutter their DTC sites entirely, it’s put more pressure on brands to ensure that their retail channels keep growing. As such, another tactic that’s become increasingly popular among brands is organic social campaigns centered around a launch in Target or Whole Foods.

Omsom, which sells Asian sauce packets and starters, released a miniseries on Instagram Reels and TikTok earlier this year called IRL to URL, which gave customers a behind-the-scenes peek at all the work that went into launching at Whole Foods. “We wanted to show customers that it’s really hard to get on these shelves and stay on them,” co-founder Kim Pham told Modern Retail at the time.

Jon Shanahan, co-founder and CMO at men’s skincare brand Stryx, said this year his company has also been heavily promoting its Target and Nordstrom presence to DTC followers. Stryx doesn’t work with vendors, but instead has been launching similar campaigns in-house. “For example, we geotarget customers [promoting] same-day delivery and pickup at their local Target stores,” Shanahan said. This is done via SMS and email campaigns, based on customers’ provided zip codes.

Stryx has also begun testing organic campaigns through TikTok, asking customers to post content of the brand’s products on retail shelves. “And in August, we organized a scavenger hunt timed to take place in the middle of a buyer decision period,” Shanahan explained.

The campaign asked customers to find and purchase hidden Stryx products at their local Target – sending Stryx time-stamped photos in exchange for a gift card. “Our sales were up 28% week-over-week, and the retailer took note of the way we can generate traffic overnight,” Shanahan added.

“The challenge is to continually drive momentum to retail partners as we bring in new customers,” Shanahan said.

Since launching in 2017, nonalcoholic beer startup Athletic Brewing has become a CPG darling in retail circles. The Connecticut-based brewer’s sales reached $37 million in 2021, and grew 100% year-over-year in 2022. Now, Athletic Brewing is doing its biggest-ever marketing push tied to Dry January, as the nonalcoholic brewer hopes to become a household name.