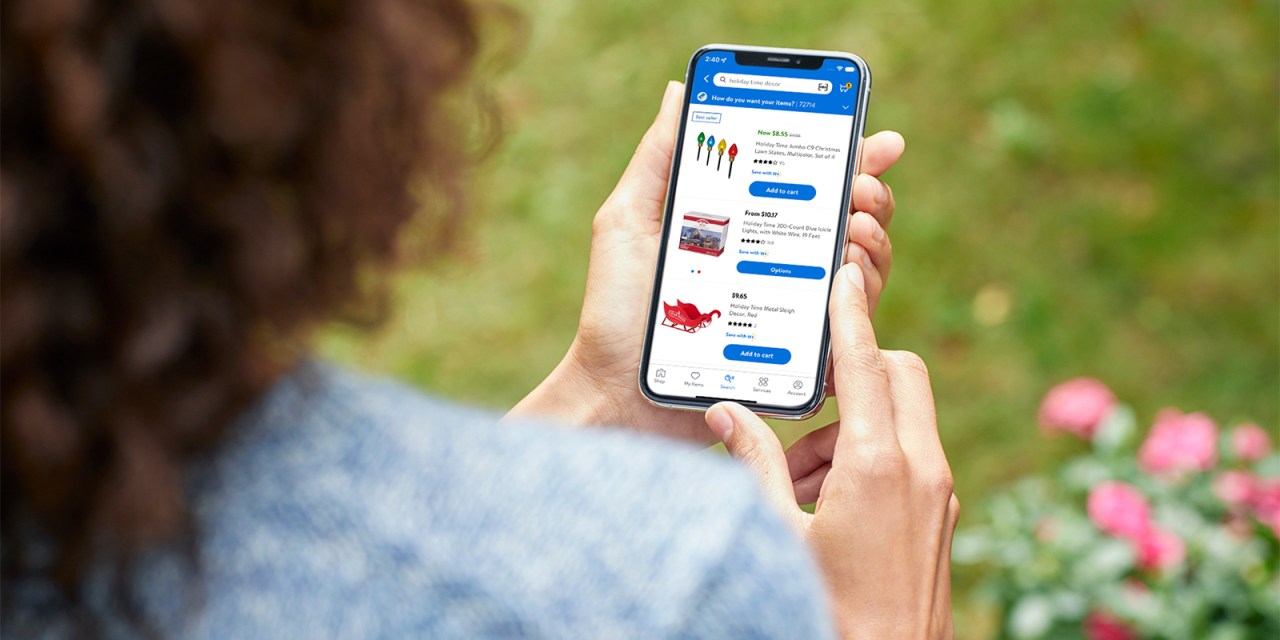 For the fourth quarter of 2022, ad spend through Walmart’s various sponsored ads units jumped 31.5% compared to the same period in 2021, according to the latest report published by e-commerce software platform Pacvue. Additionally, click-through rates more than doubled year-over-year. Amid this increased advertising spend, brands also saw cost-per-click rates rise for the first time in four quarters, according to Pacvue.

Walmart has made a number of moves to grow its advertising business ever since rebranding its retail media division to Walmart Connect in 2021. Walmart’s transition to a second-price auction in the beginning of the second quarter has helped sellers drive better ad efficiency and higher return on investment, one retail media ad expert told Modern Retail. Another expert added that the rise in the number of sellers on Walmart’s third-party marketplace, new ad units and increased automation on the advertising platform could have contributed to the growth.

For its most recent quarter, the legacy retailer’s Walmart Connect business grew by 40%.

Stuart Clay, director of marketplace strategic services at Tinuiti, called the transition to a second-price auction “an absolute game changer.”

Clay said after June, once the second-price auction was introduced, some of Tinuiti’s clients saw dramatic improvements in ROAS, as well as 50% reduction in CPCs. “It was like night and day for efficiencies,” he said.

“That occurred, pretty close to Q3 of 2022. And that kind of re-energized some sellers to say, hey, let’s try this again. Or, let’s use some budgets here and try it again,” added Clay.

“We think these Sponsored Search enhancements and the increased performance advertisers are experiencing as a result – plus our expanded self-service offering — helped to drive ad spend to a high in Q3 for Sponsored Search,” Lee said. Walmart’s fiscal third quarter ended on Oct. 28, and the company has yet to report fourth quarter earnings.

Walmart first launched Sponsored Search ads in late 2013 through third-party partners, before rolling out an in-house platform in 2015. “Sponsored Search remains a core offering for Walmart Connect, and one we continue to grow through a combination of innovation and evolution,” added Lee.

Sponsored Brands is an ad unit that includes a brand’s logo and up to four selected products, which appears in the form of a banner ad at the top of the list of relevant search results. It’s a rebranding of an ad unit that was previously known as Sponsored Brands Amplifier. This beefed-up ad unit was rolled out to more sellers this year.

“Prior to Q4, you could not buy banner based ads on Walmart. Sponsored Brand campaigns are much more expensive than a typical campaign,” said Craver.

As a result of these investments, data from Tinuiti’s upcoming Q4 2022 Digital Ads Benchmark Report showed that 11% of all Walmart search ad investment in Q4 2022 went to Sponsored Brands ads, compared to just 7% in Q4 2021.

But despite all of these increased investments, advertisers are under more pressure to show that these ad units are working because of the larger economic uncertainty going into the new year. In turn, Clay said that he’s seeing more sellers transition their budget to more bottom of the funnel ad units like Sponsored Products. “Brands said we need to adjust goals — so, let’s divert some of this budget to the ad units where we can actually see that bottom line return impact,” he said.

Both Clay and Craver echoed that CPG brands are among the largest ad spenders on Walmart Connect. Walmart disclosed its revenue from its media and advertising business for the first time in February 2022, revealing that it totaled $2.1 billion, or about 1.4% of its annual revenue.

Elizabeth Marsten, senior director of marketplace strategic services at Tinuiti, said that some of the top search keywords on Walmart are for consumables, like milk, bread and eggs. “I think it’s the biggest game changer for Walmart versus Amazon, she added.”

Going forward, Clay said he believes Walmart will be prioritizing scaling out some of these ad opportunities. “Where I see the most opportunity in 2023 is expanding out into their display opportunities. And then really just brand building,” he added.

Walmart Connect’s Lee added that a big focus going into 2023 will be helping brands and sellers make more connections with customers. “Now is an incredibly transformative time in retail… We’re also mindful of the challenges our advertisers are facing right now, so we’re prioritizing ways to help advertisers get more out of every ad dollar spent and to gain even deeper insights from its data,” said Lee.

‘We really want to be helpful’: Why Babylist is getting into breast pumps and wellness services

The move into health products allows Babylist to capitalize on its reputation as a trusted source for baby gear. Modern Retail spoke with the company about its growth ambitions.