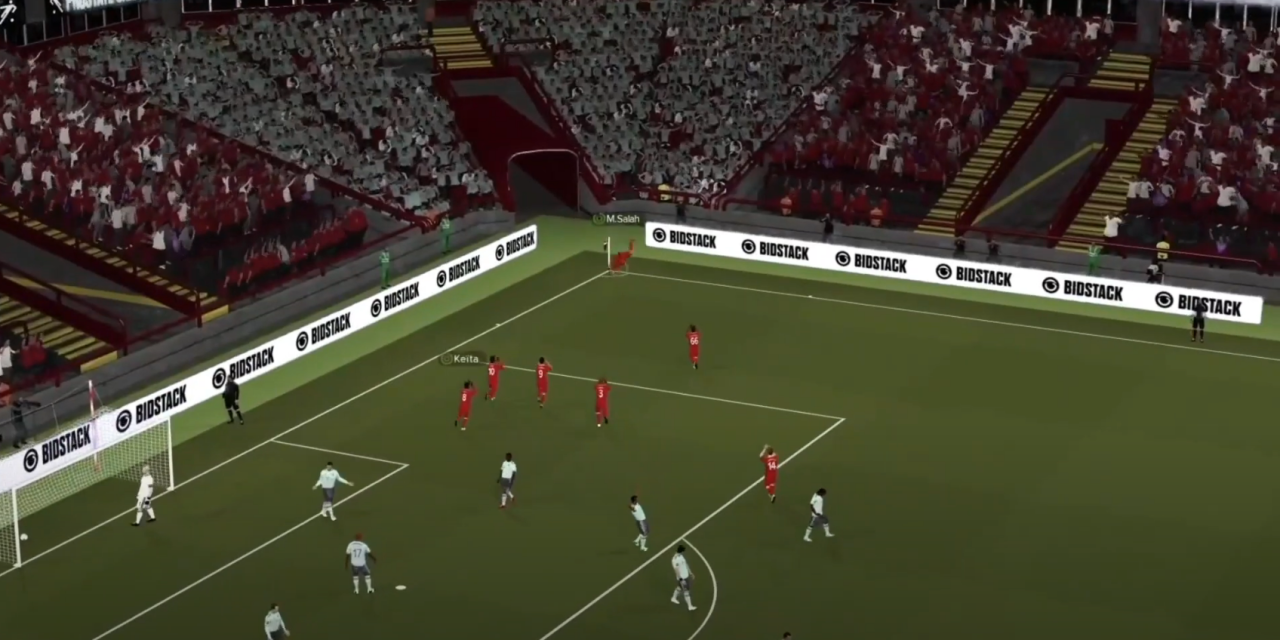 While in-game advertising — in which brands place display ads in, say, a billboard within a video game universe — has been around for several years, it has largely failed to gain traction among mainstream companies, especially those that are not endemic to the gaming world. But in the past year, as the pandemic sent platforms like Twitch surging in popularity and gave brands an increased awareness of the power of gaming communities, brands are giving in-game ads a second look.

Now over half a dozen ad platforms — including Bidstack, Frameplay, AdInMo and InMobi — offer some version of an in-game ad service, and they are increasingly attracting the attention of major companies. In the past few months, Postmates, Burberry, Axe, Burger King, Asda and 7 Eleven have all run ads within video games like Off the Rails 3D and Gravity Rider Zero. In-game advertising, while still very niche, is slowly becoming a real consideration in retail marketing.

“There is this huge interest out there, but it is fairly new,” said Saurav Dutta, director of product marketing at InMobi, a mobile advertising platform that also places in-game ads. “It’s a very, very immersive and non-intrusive form of advertisement.”

For years, Facebook and Google have largely driven digital advertising — and although marketers have tried to diversify, few other channels have proven to be as precise or cost-effective. In-game ads, potentially, represent a new vehicle to reach the same broad audiences as TV or out-of-home ads in a slightly cheaper digital ecosystem. Still, brands are still dubious about whether it can produce results.

In-game ads don’t have direct-response features, and Dutta said that “there is no direct interaction with that ad unit,” since customers have nothing to click. Instead, he said, brands have come to see it as much more of an awareness play. “I think this will slowly find a place in that top-funnel marketing strategy,” he said.

The reason some brands see in-game placements as compelling is that consumers are actively engaged while they’re embedded in gaming universes — suggesting that they might pay more attention to a display ad in a game than on a website.

Video games also reach an audience that many companies are not capturing on other channels. For example, the buy now pay later service Klarna recently placed a display ad in the racing game Gravity Rider Zero. Megan Gokey, head of U.S. marketing at Klarna, told Modern Retail that in-game placements let the company reach users “that might not be as active on other typical marketing channels,” like on a more traditional website. She mentioned younger consumers, including Gen Z, as a particular group of interest.

Gokey said that in-game ads, in her experience, “are 30% more cost-effective than other types of display ads and they diversify the reach beyond search and social.”

Digital ad companies like InMobi have to strike partnerships with existing games in order to sell their ads, most often programmatically, inside the universe of a game. The games that do eventually allow advertising, said Lewis Sherlock, chief revenue officer at in-game advertising company Bidstack, often view it as a relatively nonintrusive way to monetize their audiences. Sherlock said his company ran 40 to 45 campaigns last year, and on average, “the attention per thousand [viewers] is 2.5 times that of Facebook.”

In-game ads might appear in the form of a display image or an auto-play video. They often show up in sections of an in-game world where advertising would appear regardless — say, at a sports game or on a billboard overlooking a busy road. That way, said Sherlock, “it doesn’t disrupt the gaming experience because those ads are in the game anyway.”

From there, the game and the advertiser tend to do a revenue split, which vary widely depending on the size and influence of the game publisher.

Sherlock told Modern Retail that the cost of an in-game ad can range between $3 and $15 per thousand impressions, which is slightly higher than on a more typical ad channel like Facebook (a Facebook News Feed ad has something akin to a $7.77 CPM). The minimum buy-in for a Bidstack client is $10,000, which can earn brands a slot in smaller games. Meanwhile, the biggest games can get pricey quickly. “It can cost in excess of $500,000 to have a spot in games like Fortnite,” Sherlock said. For comparison, buying an ad on a New York City subway car — across a minimum of 570 trains — costs at least $300,000.

A long road ahead

Yet the challenge for in-game advertising to grow as a marketing vehicle centers on data. It’s difficult to measure the success of an ad in a video game, at least using more traditional clickthrough and conversion metrics. Sherlock said, of brand partners, “there’s a lot of work and lots of education to convince them” to sign up for in-game advertising on a wide scale.

In-game ads also can’t micro-target gamers, and are at times operating off of limited audience data. InMobi’s Dutta, said that his company creates audience personas in order to estimate the demographics of who is playing a particular game. He said that some game publishers do share user data with ad partners, but it is by no means a standard in the industry. “Some are comfortable, some are not,” he said.

For now, in-game ads remain a small niche within the ad world — but especially as brands begin to invest more heavily in gaming-adjacent platforms like Twitch, paying for slots in video games is a tantalizing way to reach that same core audience.

Plus, when gamers are streaming to an audience on Twitch, the right in-game ad might get blasted out to all of their other viewers.

Brands seem very aware of this possibility. Tyson Foods, for example, recently placed an ad in the game NHL 2020. Clare Liston, director of paid media at the meat company told Modern Retail in an email that, while Tyson is looking to reach individual gamers, the brand “also [appreciates] the value we get from second screen exposure when these games are played and streamed on platforms like Twitch and YouTube,” she said.