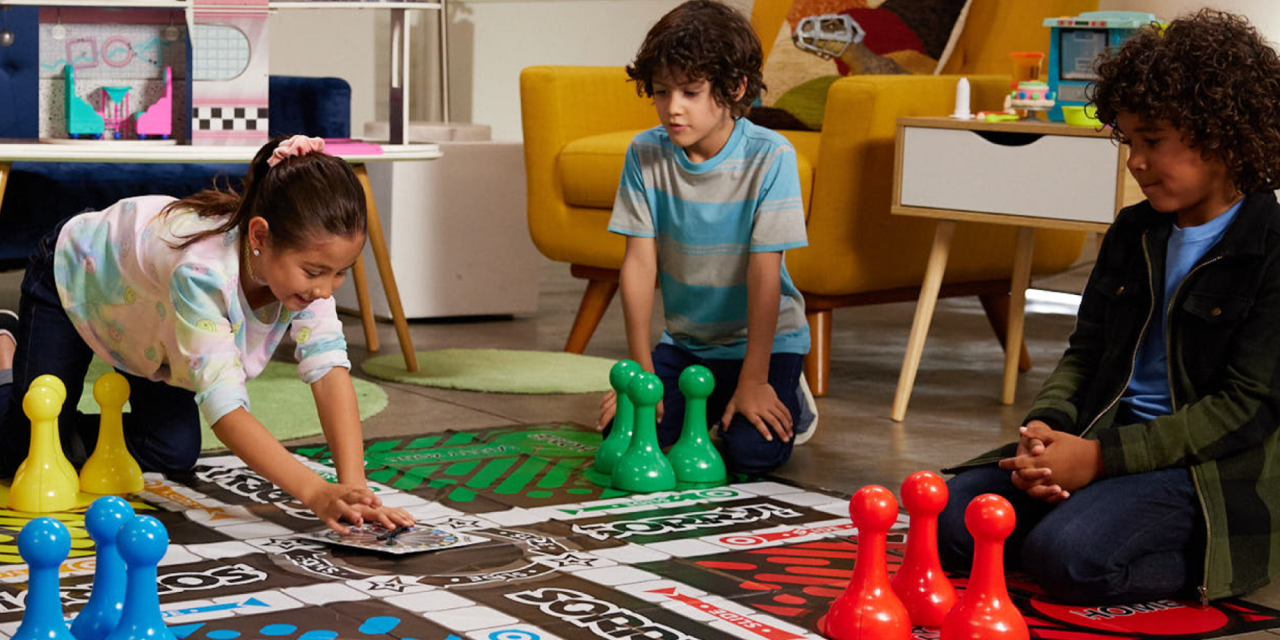 This year, however, the holiday toy wars are gearing up to be particularly competitive. On the one hand, retailers are doubling down on their investments in the toy space with elaborate store-in-store partnerships. On the other, supply chain issues threaten to bring stockouts of not only the year’s hottest toys, but toys in general. In response to this year’s complications, retailers are now sending out toy lists early and investing in exclusives to drive parents to their stores — versus the competition — now.

The holidays are a big time for toy sales. Fat Brain Toys, for example, estimates 60% of its business comes during the holiday season. Top toys, in particular, regularly sell out and subsequently resell for many times their original listing price.

Walmart’s release is out about the same time as last year, but in it, Steve Ronchetto, vice president of toys, emphasized early shopping. “This year, we’re proud to help customers plan ahead and shop the most sought-after toys now,” said Ronchetto.

A Target spokesperson told Modern Retail the retailer “knows our guests are looking to shop earlier this season.” Indeed the retailer currently features its top toys hub on its website’s homepage.

Macy’s similarly has added a link to its toy hub on its home page and, in a recent Instagram post, highlighted a few of its top toys with the caption “the holidays are closer than you think.”

Jonathan Jagard, Americas head of insights at global retail insights firm Edge by Ascential, said retailers have been pushing the holiday shopping season earlier and earlier over the years. “This aligns to the aggressive approach within retail to stretch out and expand the holiday season to account for more and more weeks within the fourth quarter, and even the third quarter,” said Jagard.

However, James Zahn, deputy editor at toy publication The ToyBook, noted that early shopping is particularly important this year, if consumers want to get ahead of supply-chain-related stockout issues. “The common [retailer] message this year is, ‘shop early for toys,’” said Zahn. “If you see it on the shelf today and think there’s a kid in your life who may want it, buy it now because it might not be there tomorrow, and there is no way to tell if it might be restocked before the holidays.”

Zahn added that regional outages, in particular, will prove challenging this holiday season. “While the whole chain is messed up, domestic issues in getting merchandise distributed across the U.S. are leading to fully stocked shelves in one city and empty shelves in another,” said Zahn.

The toy space heats up

These supply chain issues are unfortunate timing for Target and Macy’s, in particular, who have heavily invested in toy shop-shops partnerships this year. Target will expand its Disney partnerships to 160 branded shop-in-shops by the end of this year — up from 25 in 2019. Macy’s plans to open 400 Toys ‘R’ Us toy shops in its department stores by 2022.

Executives at both Target and Macy’s explained how the category had grown in sales over 2021 — up “in the low 20% range” at Target year-over-year in the second quarter, for example. Meanwhile, Toys ‘R’ Us shut down its 800 stores in 2017 and 2018, while Disney shut down the last of its North American stores this month, leaving white space in the category.

Jagard said that it’s too early to tell whether Target or Macy’s might have the upper hand for holiday shoppers after their investments. “Toys R’Us is a brand that some people remember, but Disney is house of brands that delights people all over the world,” said Jagard. “For the retailers, it is more a question of which partnership — and business model — drives more revenue per square foot, and it is unclear who might have the upper hand.”

Indeed, Jagard added that, this holiday season, it may not even be about the best selection of toys at all.

“As the holiday season heats up… sales become less about the innovative toys and beloved brands, and more about what is left on the shelf,” said Jagard. “Toy manufacturers with a diversified supply chain — for example, those who source toys from multiple continents — and thoughtful retail forecasting and allocation may win the season by default.”