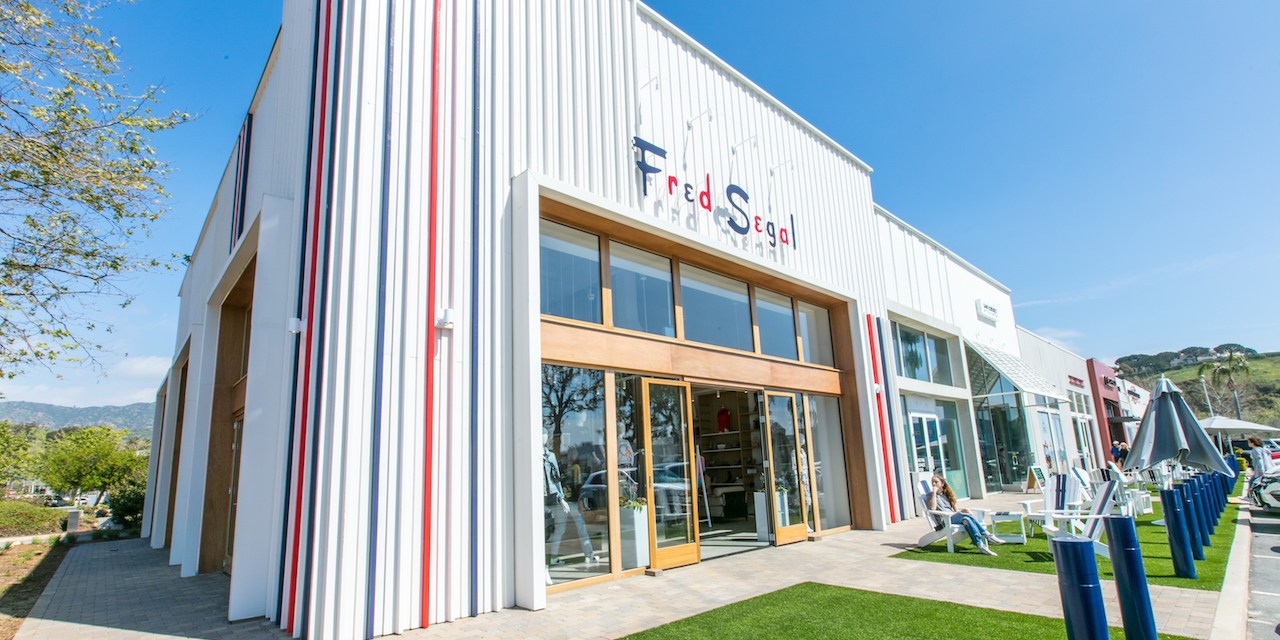 Fred Segal is betting that everyone loves L.A.

Since being acquired by brand licensing company Global Icons in March, the West Coast fashion retailer has been focused on linking with licensees able to support widespread brand expansion. Priorities are international markets, from Germany to China, and product categories, from skin care to furniture.

“Nobody owns L.A. like we do,” said Jeff Lotman, CEO of Global Icons and Fred Segal chairman. “There are a lot of people saying, ‘I’m a surf brand,’ ‘I’m a California brand,’ ‘I’m a Northern California brand.’ But L.A. is a space we’ve owned for a long time, and it’s one that is truly exportable. People want to do business with us.”

The retailer, first opened by tailor Fred Segal in 1961, had its heyday in the nineties and early 2000s, when it became the first to sell Kate Spade and Juicy Couture, and served as a popular haunt of Paris Hilton and the Olsen twins. Though it’s recently faced instability, with Global Icons being its third owner since 2012, its growth plans are ambitious.

In August, the company announced expansion plans including the rollout of 20 new stores by 2023. Now, with Lotman leading the charge and proven interest on a global level, Fred Segal president John Frierson said, confidently, “Oh, it will be more than 20 stores.”

The European and Asian markets are big focuses, said Frierson, noting the future spending power of Chinese Gen Z and millennials. Within the next couple of weeks, the company will be announcing “significant” plans for physical retail within Asia, led by “big partners” in the region. Lotman, too, said the company is in the process of finalizing deal sheets with multi-billion-dollar trading companies in China, Korea and Japan. It’s also in talks with potential retail partners in Germany. Already the company has stores in Taiwan and Malaysia, opened last year. In September, it opened a location in Switzerland, which the partner quickly followed up with three more stores in the market.

Each retail market is led by a Fred Segal licensee, the number of which are set to multiply in the next couple of years. Since starting Global Icons 22 years ago, Lotman has led licensing deals for brands from Hostess to Lamborghini. Seeing Fred Segal’s untapped licensing potential was a key driver in his decision to purchase it. Global Icons’ offices in London and Hong Kong were at the ready to facilitate the international jump.

According to Lotman, at the Licensing Expo earlier this month, he met with 25 to 30 potential licensees, discussing opportunities for a variety of Fred Segal-branded offerings, from airline amenity kits and bedding to a resort. Since March, the company has hired an in-house designer and creative team that has been charged with developing branded apparel, which will launch in the next 18 to 24 months.

“To really have next-level success means going out and creating our own line of product, and selling the L.A. lifestyle to the world,” said Lotman. “We can no longer just be U.S.-centric.”

Before setting up shop in overseas markets, Fred Segal tested its concept with global travelers by opening in 2013 a second L.A. store in Tom Bradley International Terminal at LAX. (It established a new flagship in Sunset Boulevard in fall 2017 and opened a third L.A. store in late March, in Malibu Village.) Within the terminal, the store ranks No. 1 in retail sales per square foot, said Lotman, and its sales are up 12 percent year-over-year. The company declined to share overall growth and revenue figures.

Lotman said he wants the international stores to retain Fred Segal’s retail signatures, including multiple brand tenants, emerging designers, events and a restaurant. However, he said about 60% to 70% of product in new stores will be private label. He expects that international partners will support each other, as they curate unique product and discover designers worth bringing to the other markets.

As an example of L.A.’s international appeal, Frierson pointed to Parisian department store Le Bon Marche’s “Los Angeles Rive Gauche” event in September, in which the store was transformed to celebrate all things L.A. West Coast fashion and food were sold, and a yoga studio and tattoo artist set up shop. Fred Segal served as a consultant to the store’s 10 buyers who came to L.A. to scout brands.

Fred Segal prides itself as being brands’ “season zero” partner, said Lotman; it scoops up brands as they’re developing their first collections. Along with Juicy and Kate Spade, success stories include Cult Gaia and Atelier Repair. Today, it houses brands like Instagram-inspired Virtual Super Land, made up of “green screen” styles that work with an app to show a range of designs. Products storewide reflect “casual, comfortable and sexy” L.A. style, ranging from beauty products — it recently brought in a line of branded products by clean beauty retailer Credo — to $1,000 vintage T-shirts. The target market is fashion-forward shoppers ages 25 to 55.

Lotman said Fred Segal is currently starting a fund to invest in the young brands it helps launch. In exchange for granting brands funding and a place in the store, Fred Segal will own a piece of the brand as it grows.

“The new strategy for brands is constricted distribution; they don’t want to sell through a lot of doors,” said Frierson. “But Fred Segal is a bit of a unicorn. Brands look to us to be their retail partner in L.A.”

Lotman said Fred Segal’s secret to future success will be finding the right international partners. Rather than licensees looking to build their company around Fred Segal, it’s seeking those with local manufacturers and proven success with quality brand partners. Companies specializing in private-label product that have proven they can sell are also of interest. And all need to be in it for the long haul.

According to Frierson, Fred Segal has never paid a celebrity or influencer, or even given them discounts, yet celebrities come through its doors every day and the stylists who buy for them are now a big part of the Fred Segal business. For marketing, it holds events and activations about once a week, which have included brand launches, panel discussions and film festivals. The Sunset store is hosting Summer Fridays every week this season, with each featuring a drink sponsor and showcasing a brand. Fred Segal invites different groups from its lists of VIP shoppers, influencers and friends, depending on the event. Coverage is shared across social channels, locally and internationally .

Once the new product and international partner strategies are in place, getting the e-commerce site up to par will be a priority. Updates will include incorporating more product and elevating international shopping capabilities, with a goal of offering shoppers the same level of discovery they experience in-store.

“We’re lucky in that we’re not trying to harvest the value of the brand, but we’re trying to grow it,” said Frierson. “And we have a tremendous amount of growth to do in the next 10 years.”