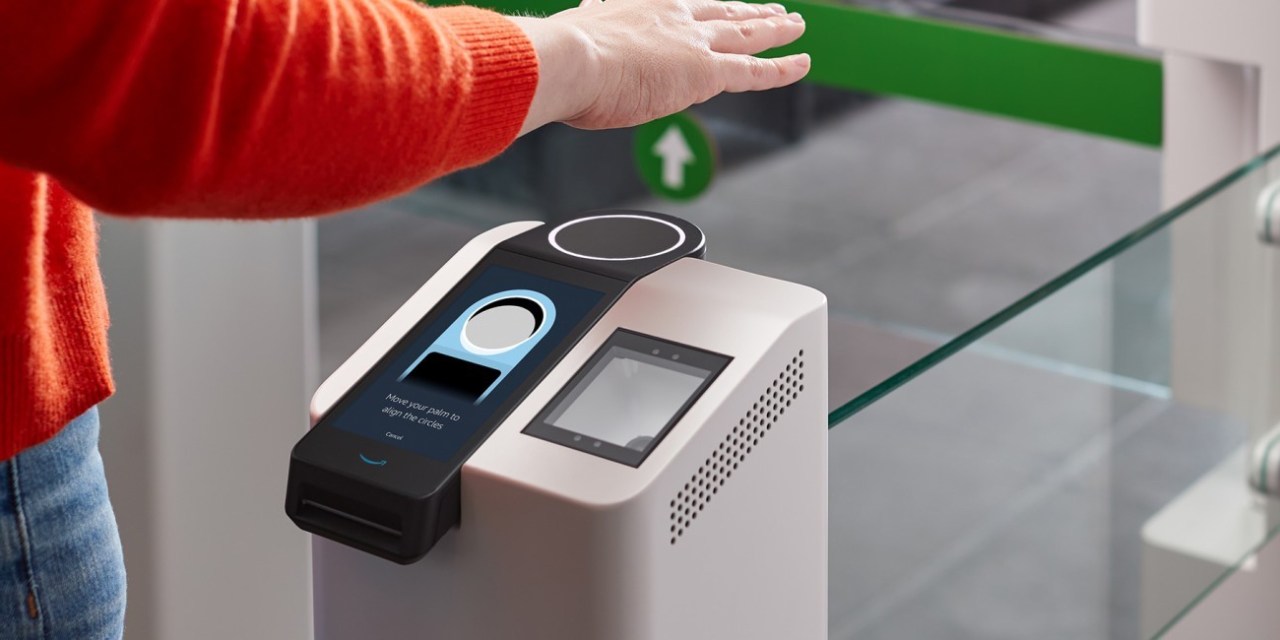 Amazon has a new carrot to dangle in front of struggling retailers.

On Tuesday, the e-commerce giant announced a new point of sale solution called Amazon One. The device allows customers to pay without ever having to take out their phone or credit card, instead paying by placing their palm over a scanning device. In order to get set up, customers have to insert a credit card into the scanning device, then wave their hand over it in order to get their handprint linked to their credit card.

In its press release, Amazon said that it is in talks with “active discussions with several potential customers,” and that it hopes to see Amazon One technology be used in stadiums, offices and in other retailers’ stores. Licensing technology to other companies has become an increasingly important part of Amazon’s strategy, Case in point, Amazon Web Services, which brought in $7.3 billion in operating income for Amazon last year. But retailers have also been increasingly wary of becoming too dependent on Amazon’s technology, as evidenced by Microsoft, Google and other tech companies seeing more traction from retailers, often due to a growing fear of Amazon. And getting retailers to use its point of sale system, which the customer directly interacts with, will be a taller order than to get retailers to use a back-end service like its cloud computing services.

Building out new services
What Amazon does have going for it is that customers are increasingly interested in using contactless payment solutions, particularly with concerns about the coronavirus still abound. According to a May survey of roughly 1,500 shoppers by Gartner, 29% of respondents said they had started using a contactless payment method more frequently — like paying with a mobile app or  paying online ahead of time — within the past two months for store purchases. “[Amazon One] is the first-of-its kind contactless payment which really truly is a device-less technology,” said Zachary Weinberg director at Gartner for marketers.

But Jason Goldberg, chief commerce officer at Publicis, said that compared to other contactless payment solutions like Apple Pay, Amazon One could create more work for retailers at the front of the store, as they would have to explain to customers at the beginning how to use this new payment device, and an Amazon-branded one at that. “I like to joke with the Amazon Go store, that [Amazon] invented just walk out technology, but they broke just walk in,” said Goldberg.

This makes Amazon One part of a growing suite of retail tech offerings from Amazon. The company said in March that it is also looking to license its Amazon Go technology to other stores, but so far has not publicly announced any clients.

Then there’s also the concern of Amazon getting access to retailers’ lucrative payment data. An Amazon spokesperson told Modern Retail that “Amazon will prohibit the use of data collected from third-party locations for anything other than supporting those third parties.” The spokesperson also said that if someone uses Amazon One at another retailers’ store, Amazon would only know the name of the store and won’t collect data on the purchase total or specifically what items they purchased.

Still, the question for retailers — particularly those who don’t sell anything on Amazon or have any existing partnerships with the company — is an incrementally faster checkout service worth giving Amazon some control over their in-store experience?

Of course, even if Amazon wouldn’t get its biggest competitors like Target or Walmart onboard, there are plenty of other places where people buy things that Amazon One could be used in — in airports, theme parks, or restaurants for example. “For entering a location like a stadium or badging into work, Amazon One could be part of an existing entry point to make accessing the location quicker and easier,” the company’s press release said.

Growing competition
In an interview with Vox’s Recode, Amazon’s vice president of physical retail and technology Dilip Kumar cited Amazon’s Web Services as an example of an Amazon service that competitors have proven receptive to using. But since Amazon launched Web Services in 2011, the number of businesses looking to compete with at least one of Amazon’s many businesses have also grown. Microsoft’s Azure Cloud Computing service for example, now counts Albertson’s, Kroger, Walmart, Target and Home Depot as its customers. The launch of Amazon Go has also spurred a cottage industry of startups looking to pitch retailers on implementing similar checkout-free solutions in their stores.

Even if Amazon doesn’t get all of the Fortune 500 retailers to use Amazon One, having an incrementally better payment system could be one valuable way to at least convince customers to continue visiting Amazon properties like its Whole Foods stores and Amazon 4-star stores, should the company roll out Amazon One to those stores.

“It makes perfect sense for it to be the digital wallet of choice in all the Amazon-owned retail concepts,” said Goldberg. “But as soon as you leave the Amazon ecosystem, and Amazon is trying to sell the solution to other retailers, they are a highly unappealing partner.”