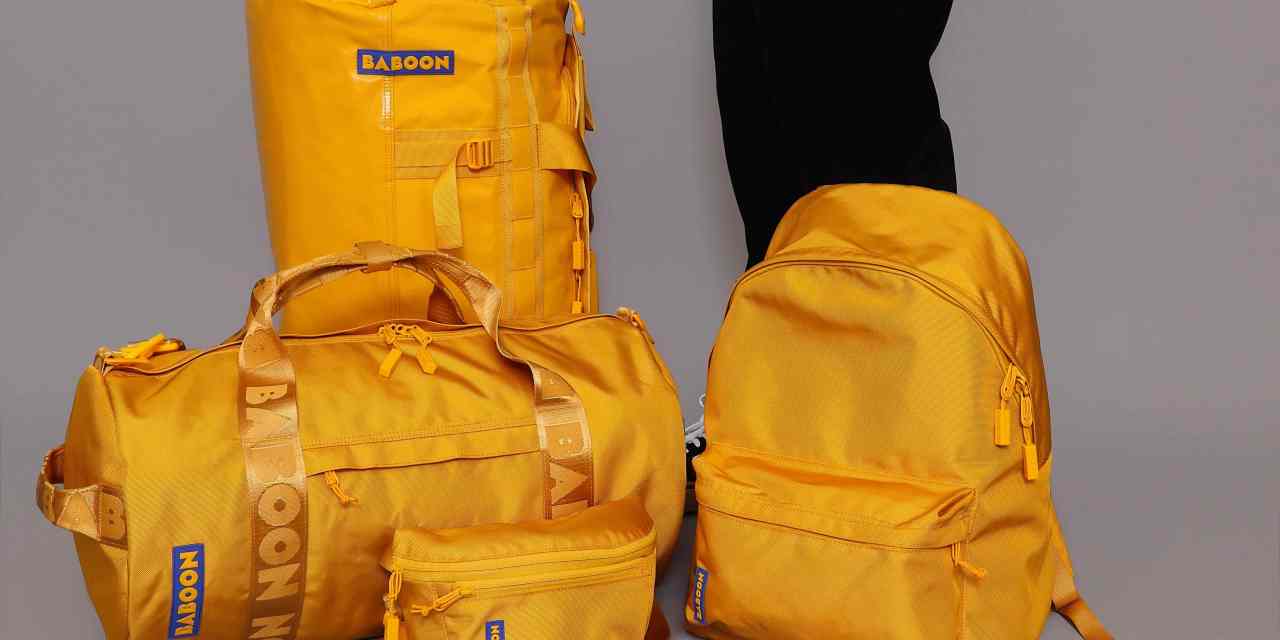 Accessories brand Baboon has raised a $2.9 million round of investor capital, its first round of funding following a small pre-launch angel investment in 2018. The round was led by VCs and angel investors including Randa Digital, Amity Supply, Cherry Tree VC, Brian Spaly and Scott Belsky.

Baboon was launched last July by CEO Andy Person, the previous COO and CFO at Opening Ceremony, who also held global director roles at The North Face and Urban Outfitters; CCO Michael Kushner and COO Trey Sisson. The brand sells backpacks, duffels and other travel accessories made with technical fabrics but with an urban millennial lifestyle in mind (rather than the serious hikers that Person was targeting at The North Face).

With the new funding, the brand plans to expand its product collection, reach more customers and increase community outreach through hosted events, partnerships and other forums. The brand doesn’t share specific revenue, but said it tripled sales in the last six months.

But Baboon, which went live more than 10 years after the direct-to-consumer first brought an onslaught of online brands into customer consciousness, doesn’t plan to fall into the VC trap.

“We don’t want to put ourselves in a corner at a valuation level where it hinders the business we can create,” said Person, adding that Baboon sought out investment partners that weren’t looking for a quick return but instead wanted to help contribute to what the brand wanted to achieve in 10 years down the line.

Last year, $1.5 billion flooded the direct-to-consumer brand space, but most VCs have yet to see returns on these investments, signaling that the retail category is structured on a much longer growth trajectory than an industry like technology software. As that’s become apparent, some brands have decided to eschew investor funding altogether, or at least to bootstrap as long as they can. Brands like Tuft & Needle, Native and MVMT have grown $100-million-plus businesses with no or little investor capital; Rothy’s waited until it was three years and $140 million worth of sales in before it raised its first considerable round of funding, a $35 million investment led by Goldman Sachs.

“The companies that have a war chest of money are solely focused on top-line growth, because they’ve gotten great investment, and they are willing to blow that money for top-line growth,” said Adam Winters, CEO of Merchant Financial Group, a finance company that backs small and medium-sized consumer businesses. “It doesn’t mean they have a sustainable business model.”

It’s not that any one funding strategy is better or worse. But Person, who oversaw seven years and roughly 40 brand acquisitions while working with The North Face owner VF Corp., witnessed how limiting a VC-fueled billion-dollar valuation could be for the options a brand would have laid out in it front of it. Baboon isn’t gunning to be acquired by a conglomerate, but it’s plotting out a brand strategy that leaves all potential doors open.

“We want to build a brand that would allow us to scale over time, and the VC world is also very interested in brands that can scale. But it’s not our savior. We want to grow on our own merits, pay our own bills and we want options for exits,” said Person. “Valuations of a certain size can turn off certain partners. So we’re building a business that’s healthy and has good metrics, and not going out over skis. We want to build out our business ourselves.”

The open-door mindset applies to other facets of Baboon’s business. While the brand currently specializes in accessories, the plan is to build a company not off of a hero product — as companies like Away, Harry’s and Casper have done — but a “hero feeling,” according to Kushner. Before launching, the brand started a trendy, adventure aesthetic Instagram account, where it built out a content strategy and its targeted audience.

“By the end of it, people were really wanting to see what we were going to come out with,” said Kushner.

The team believes that approach sets them up to extend into other categories beyond accessories down the line without diluting the brand, because it established a foundation built on that brand, not the product. Similarly, while the brand’s online-based, it started exploring other third-party retail out of the gate. Baboon currently sells older styles on Urban Outfitters’ website and select products in stores and online with specialty retailer Steven Allen.

It boils down to a new DNA makeup and approach for modern DTC brands. With the new funding, Person said Baboon can “push forward on all fronts, but it’s baby steps.” The brand also plans on making new hires and will next launch a new product, fanny packs, on Tuesday, based on feedback it heard from early customers.

“We’re digital first, but it’s an evolving model,” he said. “There are a million ways to go about this process.”