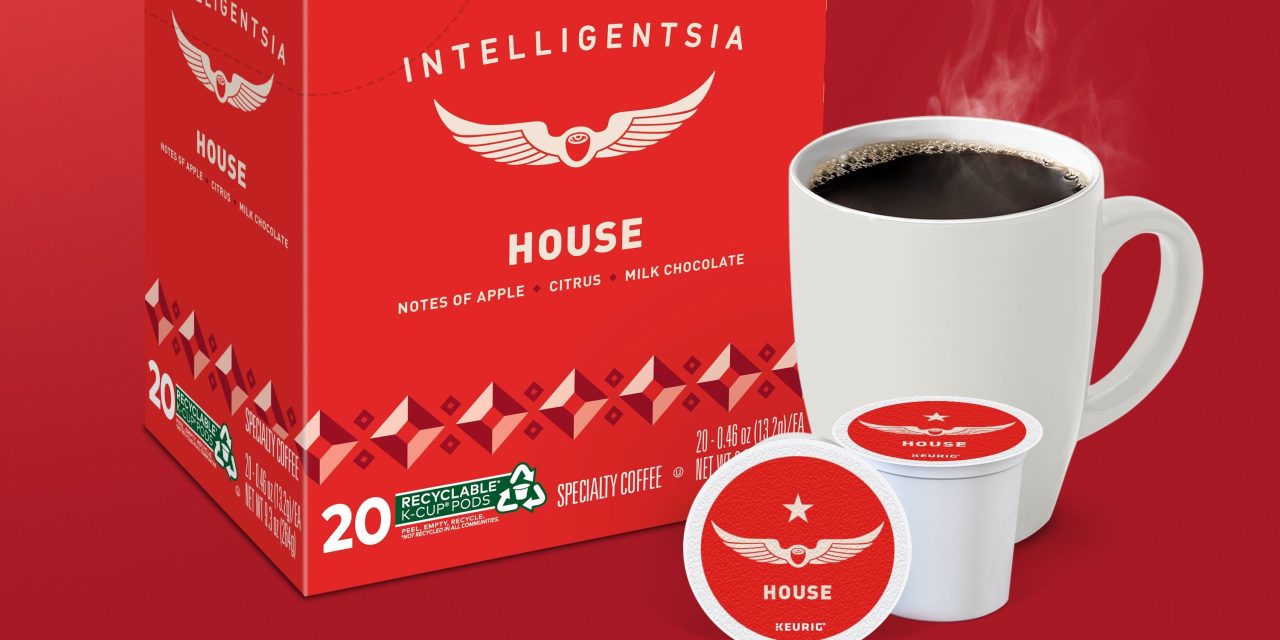 As the coffee pod market shows signs of slowing growth, Keurig is turning to more premium products and hip brands like Intelligentsia to attract new customers.

Coffee brand Intelligentsia, known for its single-origin beans, hip coffee shops and direct trade sourcing, announced at the end of June that it is partnering with its corporate cousin Keurig Dr. Pepper to launch in K-Cups. Intelligentsia opened up its first Chicago coffee shop in 1995, and has since expanded to 14 locations in hip areas of Los Angeles, Austin, Boston and New York. It also runs a wholesale operation for its beans and grounds, and came under private equity ownership in 2015.

For Intelligentsia, the move comes after earlier single-serve success and increasing demand for at-home coffee. And for Keurig, a higher-end offering like Intelligentsia is a way to capture new sales in a market that’s beginning to plateau — Keurig reported that net sales of coffee systems in the first quarter dropped 4.3%, though they’re still up 12% versus two years after a pandemic-era surge. In addition to the Intelligentsia line, Keurig is releasing more expensive machines meant to offer a more flavorful beverage with additional water streams, and offering custom designs on coffee makers.

“Providing consumers with the variety they are seeking is always top of mind and, by adding Intelligentsia, to the Keurig system as a partner, we’re promising Intelligentsia fans an authentic experience with the convenience, quality and consistency of Keurig,” said Ben Yoder, Keurig’s vice president of coffee partners and private label, in an email.

A June 2022 report from Mordor Intelligence projects that there may be some stagnation in the coffee pod market in the next five years due to its maturity. About 40% of U.S. consumers have a single-cup coffee brewing system, the report says.

The recent leveling off in single-serve brewing translates into opportunities for new and interesting types of pods, the Mordor report says, notably specialty and organic pods.  “In order to sustain in the competitive market, the companies are enhancing their product portfolio constantly and strategically tapping into segments,” it says.

Soler anticipates the trend will continue as inflation continues to put pressure on prices, making a quality K-Cup a more affordable value than a $7 latte.

“If you are a coffee shop consumer trying to cut back the cost savings will be significant and the brewing process will be simple, the taste results consistent, so it still feels like a small indulgence,” she said.

Intelligentsia K-Cups come in two flavors — House and Organic El Gallo — and are as low as 90 cents a pod in a 60-count box on Keurig.com. But they’re still priced at a premium compared to Green Mountain Coffee or The Original Donut Shop pods at 52 cents each in similar quantities.

The Intelligentsia pairing took off after Keurig launched its more premium machines in late 2020 that include Keurig’s MultiStream technology, said Intelligentsia CEO James McLaughin in an email to Modern Retail.  The technology is included in the new K-Supreme machines that are among the most expensive of Keurig single-serve offerings starting at $159, and use five streams of water instead of one to distribute a more even brew.

“In our own testing, we found that this new technology was a game-changer on the quality front,” said CEO James McLaughlin in an email to Modern Retail. “We were able to consistently achieve higher extraction ratios with the MultiStream technology.”

A Keurig.com ad for the new pods invites customers to “Elevate their Daily Ritual.”

McLaughlin, who’s helmed the company since 2014, said the move to K-Cups was spurred by the success of an instant coffee line that launched the pandemic. At that time, consumers were looking for high-quality coffee that they could conveniently make at home, and sales of the packets “wildly exceed our most optimistic expectations.”

The move tracks with a rise in the number of instant coffee and other packaged products, fueled by how coronavirus lockdowns pulled cafe drinkers inside their homes. Pret a Manger launched a packaged coffee offering, for example, while Europe’s Costa Coffee expanded its packaged options.

Globally, the coffee pods and capsules market is projected to witness a compound annual growth rate of 7.72% through 2027, the Mordor report says.

“The ongoing disruption to out-of-home coffee sales due to the pandemic has compelled major coffee chains to boost sales through retail packaged coffee,” the Mordor report says.

For growing coffee brands, pods and other retail-focused products present a way to grow business beyond cafés. Intelligentsia did not respond to inquiries about the percentage of its revenue that comes from wholesale channels, but in its 2021 full-year report, parent-company Peet’s said that its CPG business delivered “solid single-digit organic sales growth, resulting in a 2-year CAGR of 19%.”

The deal represents a crossover among private equity holdings: Keurig Dr Pepper and JDE Peet’s are both under the umbrella of JAB Holdings.

Peet’s Coffee, which was acquired by JAB in 2012, took ownership of Intelligentsia in 2015, part of an expansion spree that also including acquiring premium brand Stumptown. Then in 2019, Peet’s merged with Dutch large coffee brand JDE to form JDE Peet’s.

The Keurig product launched in the late 1990s with Green Mountain Coffee Roasters as the signature pod offering. Keurig Green Mountain was acquired by JAB Holdings in 2016, then merged with Dr.Pepper Snapple Group in 2018 in a nearly $19 billion deal.

Austin Frerick, a food systems and agriculture researcher at Yale University who studies how power is concentrated in the food space, said that JAB rolled up the coffee system by quickly acquiring a broad variety of industry players.

“They weren’t even in coffee 10, 15 years ago, and then they made an aggressive play into it,” he said.

Consumers likely don’t know how many coffee brands are part of JAB’s portfolio, he said, or realize how closely connected different brands are.

The coffee sector has high levels of segmentation, which comes down to the difference between a Whole Foods shopper versus a Dollar General shopper, Frerick said.

But the Intelligentsia K-Cups show how the segments can trace back to one holding company — and how companies can take advantage of the opportunity to lure in artisanal drinkers to a product mostly relegated to offices and suburban homes.

Having a variety of offerings allows Keurig to meet demands across the spectrum, Frerick said, while keeping it all under JAB.