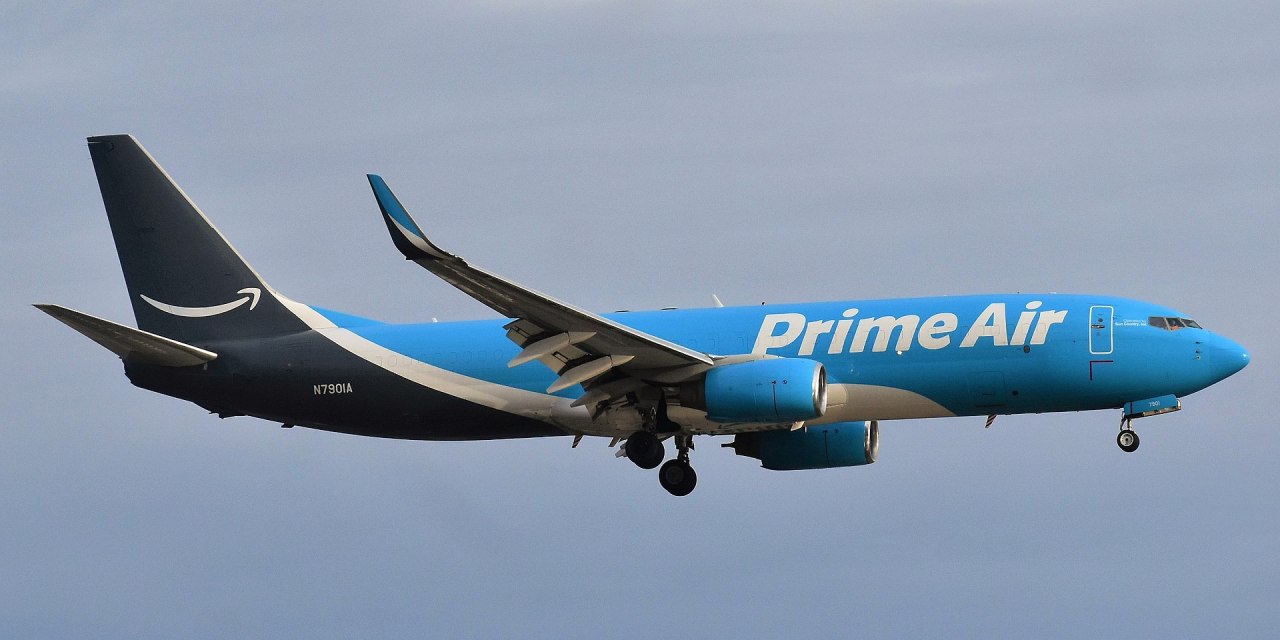 Amazon is getting its own airplane fleet.

The company just announced that it would buy 11 of its own cargo planes — seven from Delta and four from WestJet — for the first time. Up until now, Amazon has only leased its cargo planes.

The announcement caps off a tremendous few years of growth for Amazon Air — the company’s cargo network, which was previously called Prime Air — since its launch in 2016. Amazon is now preparing for the opening of new air hubs in Cincinnati and in Leipzig, Germany, and it’s on track to surpass DHL for number of planes in its arsenal by the end of the year.

Amazon’s decision to buy planes outright might be partly a matter of timing. The airline industry remains in a slump, and many airlines are shedding older planes in order to streamline their operations. Last year, the value of a five-year-old 777, for instance, dropped 10%. But the decision to buy instead of lease a cargo plane operation just solidifies what many in the industry have long speculated: Amazon is starting to play a long game with its shipping network.

“The fact that it purchased a plane is a very clear indication that it is there to remain, it’s a long-term commitment,” said Jean-Paul Rodrigue, a professor of global studies and geography at Hofstra University.

That is on track with Amazon’s recent efforts to turn itself into a shipping company on the scale of UPS or FedEx. In 2020, Amazon added so many fulfillment centers that it upped its square footage by 50%. The company is also investing heavily in an on-the-ground delivery fleet. A thriving Amazon Air is just the final piece of that effort.

With these newly purchased planes, Amazon is on track to become a full-service carrier, with its own fleet of delivery vehicles shuttling packages around the world. Here’s how the program stacks up so far.

How big is Amazon Air right now?
Amazon is on track to have about 80 planes — both leased and owned outright — by the end of the year, according to FreightWaves. That number will only continue to balloon. Back in May, a DePaul University study predicted that by 2027 or 2028, Amazon might have as many as 200 planes. For comparison, right now, UPS has 275 planes to its name and FedEx has 463.

Amazon Air appears to handle the most timely Amazon deliveries, and many products selected for 1-day delivery are sent by air. Planes were also instrumental in Amazon distributing PPE and other essential items last March, the company has said.

Equally significant for the future of Amazon Air is the airline’s new $1.5 billion hub in Cincinnati, set to open this year.

Amazon has other airport presences. The company recently announced a west-coast hub in San Bernardino, California, in addition to locations in Lakeland, Florida, Austin, Texas, and several other cities. But, “the Cincinnati hub will be their core hub,” said Terry L. Esper, a professor of logistics at Ohio State University. Just as FedEx routes most of its planes through its global hub in Memphis, Amazon will do the same in Cincinnati.

Amazon Air’s international presence is relatively small by comparison, with Amazon planes seen flying to Amsterdam (where Amazon just launched a Netherlands store at the end of last year), Shanghai and Tel Aviv. But the forthcoming Leipzig hub marks a significant escalation of its international shipping network, too.

Who man the aircrafts?
Because Amazon doesn’t have an in-house flight staff, the work of flying and maintaining its cargo fleet has gone to several outside groups, including Air Transport International, Atlas Air and Sun Country Airlines. ATI (which is owned by a larger conglomerate, Air Transport Services Group) handles the biggest share of Amazon Air operations, and Amazon alone now accounts for more than half of the company’s overall business. Meanwhile, about a third of the fleet owned by Atlas Air — Amazon’s other big contractor — is leased to Amazon.

Both ATI and Atlas reportedly pay their workers much less than competitors in the air cargo business. Atlas, the lowest-paying cargo company, offers its pilots less than half of what UPS, the top-paying company, does, according to the consulting firm Flightpath Economics. That, compared with long hours and mounting concerns about accidents, has led to several tense pilots’ union contract negotiations.

In a Business Insider report in 2019, following a crash of an Amazon flight that killed three employees, cargo staff for both of these contractors reported that working conditions were brutal and that “nearly 100%” of contract staff thought “it’s likely that there would be an accident in the next year.”

What is the Amazon Air strategy?
In the grand scheme of Amazon’s many investments, its cargo fleet is relatively new. That’s because operating an air service is so expensive. To do it successfully, Amazon needed to ensure it would have enough inventory to actually fill up the planes. “You better make sure you have the traffic to fill up your planes and get a return on your investments,” said Rodrigue.

In its first several years, Amazon’s air strategy has mostly focused on “point-to-point” flights — an industry term for flights that go directly to their final destinations, rather than stopping through a hub. DePaul University conducted a geographic analysis comparing Amazon Air hubs to Amazon fulfillment center locations and found that they strongly overlap.

That is notably different than the “hub and spoke” approach taken by FedEx and UPS, where air carriers convene in major hubs and then disperse the packages to sorting and fulfillment centers in neighboring regions.

The differences between the two models are significant. The hub-based approach can generally slow deliveries down by a few hours, said Rodrigue, but it also saves money in the long run. That’s because point-to-point flights are less likely to have full cargo when flying in both directions. A purely point-to-point strategy has made sense for Amazon so far, as it has made lightning-fast shipping times its central customer pitch over the last couple years, but Amazon’s investments in Cincinnati might signal a larger shift to a hub-based model.

If Amazon does pivot in the hub direction, it would set the company up in direct competition with UPS and FedEx — further suggesting that Amazon is trying to rival its carrier networks, with Amazon Air as a centerpiece.

To Esper, that shift to a hub-based model could also open Amazon up to become a fulfillment carrier for outside parties, including — if the company wanted to — non-Amazon sellers. “I would dare to say that Amazon is thinking about its air infrastructure in other aspects of the Amazon business,” Esper said. “If they’re operating their own air freight, they could just add that delivery service aspect into those relationships they already have with third parties.”