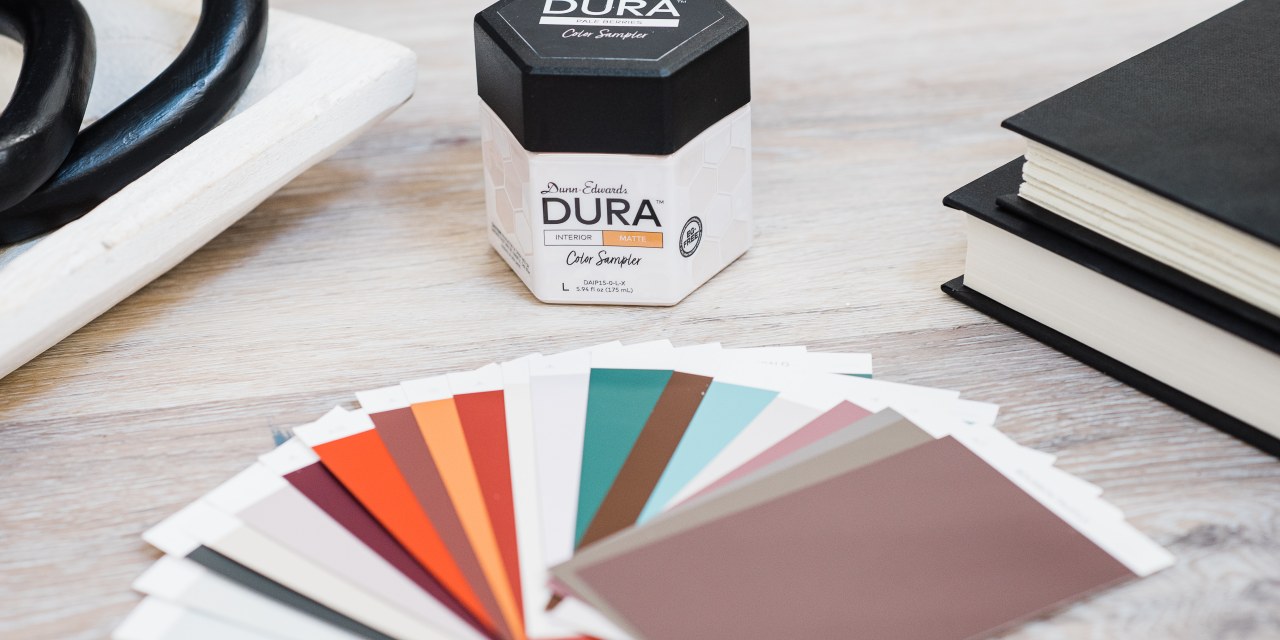 Legacy paint company Dunn-Edwards on Tuesday announced the launch of Dura, a new direct-to-consumer paint brand that aims to woo a growing segment of DIY-ers into buying paint online.

Dunn-Edwards started as a family-owned business nearly a century ago and merged with Japan-based Nippon in 2017 to become the North American arm of the global paint brand. Availability has been relatively niche and catered toward professional painters; Dunn-Edwards isn’t sold at major home retailers but operates its own line of retail stores in the southwest. It’s also available at about 110 approved dealers, like independent hardware stores.

The launch of Dura marks a change in strategy for Dunn-Edwards. With the new brand, Dunn-Edwards is looking to grow beyond its existing audience of home improvement professionals and win over the DIY consumer who is online planning their renovation. While Dura joins a market crowded by other DTC paint brands like Backdrop and Clare, the sector has potential. The DIY space is expected to generate $1.278 trillion through 2030 with a CAGR of 4.37%, according to an August 2022 report from Research Dive. The paint segment alone is expected to generate $237 billion from 2022 to 2030.

“We’re really focused on that consumer who is tackling things on their own and wants some guidance along the way,” said Lisa Kudukis, Dunn-Edwards’ vice president of marketing and innovation.

Kudukis said, like most paint brands, Dunn-Edwards saw record sales during the pandemic, though declined to share specifics. Overall, parent company Nippon, which is traded on the Tokyo Stock Exchange, has a market cap of $17.92 billion.

Kudukis estimates that online paint sales currently only make up about 3% of the market. Many shoppers may be hesitant to buy paint they haven’t seen in person. Others are concerned about the weight of the product being shipped to their home. Some might prefer to speak with someone in store about their selection.

But because people are consistently browsing for paint and home decor online — especially through sites like Instagram and Pinterest — Kudukis said Dunn-Edwards sees potential in capturing more of these DIY customers.

Dura aims to convert these DIY shoppers with sample options like peel-and-stick squares or mini sample cans. Before they buy, customers can pay between $45 and $120 for “color sessions” that include one-on-one consultations with a color expert and samples.

At launch, Dura will consist of 210 colors that can be ordered online. Shoppers can browse “design styles” inspired by a theme or region. Examples include “Urban Industrial” featuring greys and rusts, and “Deep South” with wine, lilac and pale greens. Or they can page through by “feeling/mood,” like whether they want their room to feel cheerful, soft or dramatic.

The palettes were developed after 9 months of polling Dunn-Edwards in-house color advisors, which have been a part of the brand’s in-store offerings for the past 12 years, Kudukis said. This process sussed out the most popular tones people are choosing based on what the designers are seeing and were paired with sales data.

The goal is to give people choices without overwhelming them, Kudukis said.

“We’re really ready to bridge the gap with the biggest pain point, which is color selection,” she said.

Starting at $54 a gallon, Dura paints are a higher price point than Behr, which is sold exclusively at Home Depot. But it’s more affordable than luxury brand Farrow & Ball that’s often favored by luxe interior designers at $125 a gallon.

To get the word out, Dunn-Edwards plans to focus on digital marketing, including a Pinterest-based strategy, as well as influencer partnerships. Kudukis said customer testimonials will also be a prominent part of the campaigns, as well as promoting a couples quiz to help two people with different styles find mutually agreeable colors. For the foreseeable future, Kudukis said that Dura will only be sold online.

Dura hits the market at a time when DIY spend may be tapering off from its pandemic lockdown-era spike, but with a strong forecast for homeowners doing renovations. During its second-quarter earnings call in August, Lowe’s CEO and president Marin Ellison said that DIY sales – which makes up 75% of its business – were lower than expected in the second quarter.

Some of this is seasonal, he said, or concentrated in some categories like patio and grills that skyrocketed during the pandemic. But overall, home renovation has a big future, he said.

“More than half of the homes in the U.S. are over 40 years old and millions more built at the peak of the housing boom in the early 2000s are now starting to turn 20 years old, which is a key inflection point for big ticket repairs,” Ellison said.

Chris Ramey, a home and design expert who is president of marketing firm Precise Retail Marketing and luxury design service The Home Trust, said there’s been significant demand for home improvement since lockdowns kept people indoors. And while some discretionary income now may be redirected toward travel or services, the DIY market is getting stronger — especially if brands can target customers who are showing an interest in home improvement via their web browsing or social media habits.

“The opportunity for brands has never been greater, especially when you couple it with the technology a lot of companies are using,” he said.

But it’s a crowded space, Ramey said, with both legacy and startups competing for the same crop of homeowner customers.

“They’ll need to identify the value proposition and let the DIY market know they exist, and why they’re a better choice,” Ramey said. “It’s the guerrilla fight in them that’s going to make them successful.”