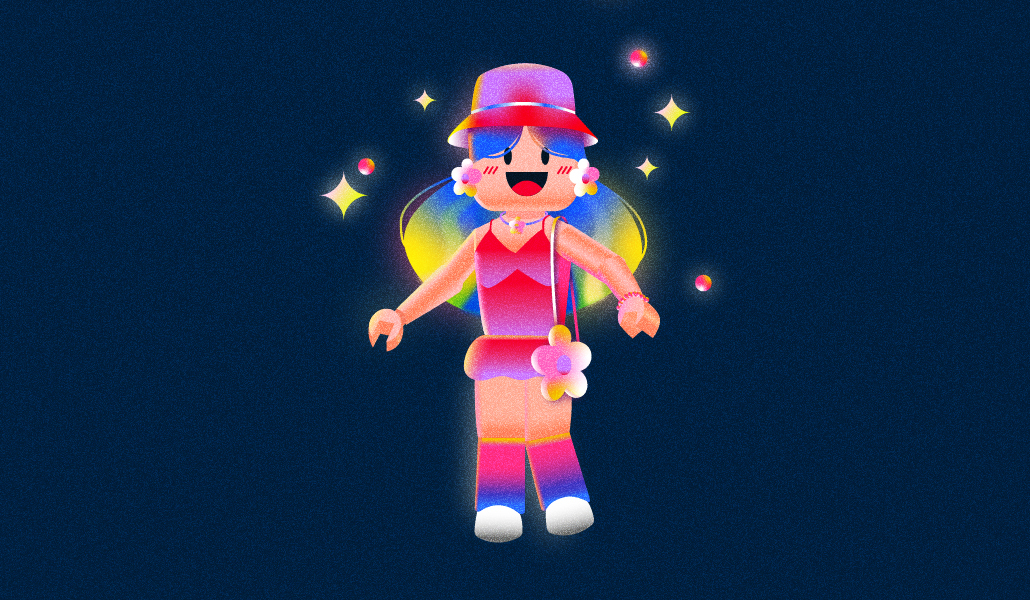 If 2021 was the year Mark Zuckerberg brought the word “metaverse” to the mainstream, 2022 was the year that brands — especially those that cater to teens — started to make the metaverse a part of their marketing strategies.

Today, dozens of retailers — especially those that cater to Gen Z — are using virtual spaces to connect with younger audiences, introduce new products and build brand loyalty. Roblox, one of the so-called metaverse platforms that houses millions of user-generated games, has become a favorite among retailers because it has no barrier to entry and boasts a built-in base of more than 50 million daily active users. Mall brands, including Forever 21, Pacsun and Claire’s, have been among the quickest to embrace Roblox and its many possibilities. But the brands that have a presence on the platform run the gamut, with CPG conglomerates like Kellogg’s and luxury brands like Gucci also proving that they are receptive to the metaverse.

In the style of a “meta” experience that relies on connected worlds, teen-focused brands are beginning to use data from the metaverse to inform their physical retail strategies and vice-versa. On Dec. 1, Forever 21 celebrated its one-year anniversary on Roblox with a real-life apparel collection based on items it had tested in its digital experience, “Shop City.” And, on Dec. 6, Claire’s launched a 23-piece in-store and online collection in partnership with the gaming creator MeganPlays; 12 of the items are available in its “ShimmerVille” game on Roblox.

It’s a process that Forever 21 Chief Marketing Officer Jacob Hawkins calls “a great virtuous cycle.” “We design physically, and we’ll launch those in the metaverse,” he told Modern Retail. “We now design virtually, and we’re launching those into our stores and on our website… We’re going to continue to see what does well in one channel and look at launching it in the other channel.”

Developed by Wonder Works Studio and the Virtual Brand Group (VBG), “Shop City” allows users to build their own stores, compete with each other to become the “top shop,” hang out at a food court with friends and buy Forever 21 merchandise for their avatars. Each Roblox player has an avatar across games, and 1 in 5 daily active users updated their avatars on any given day last year.

On Dec. 1, Forever 21 began selling the real version of its avatar-centered hoodie, beanie and t-shirt in stores and on its website. While Forever 21 didn’t disclose how much revenue it has made from metaverse-inspired apparel, Hawkins said the items have “sold really well.”

At the same time, back in “Shop City,” Forever 21 is testing a new set of unique beanies to inform its real-life merchandise strategy, said Justin Hochberg, CEO of the metaverse creation company VBG, which works with brands like Barbie and “The Voice” on metaverse experiences. “Shop City” has sold 1.5 million units of its black beanie in the game. “It’s not just, we tested once, we launched the collection,” he told Modern Retail. “It’s constantly, what’s the next thing? What are we learning from?”

Using the metaverse as ‘true IP’

Forever 21 was one of the first retailers on Roblox when it launched “Shop City” in late 2021, Hochberg told Modern Retail. Earlier that year, he approached Forever 21 and its parent company about getting onto the platform because Roblox had “all these young next-generation consumers, and yet there weren’t any brands on it,” he said. “This is a great space to be. You want to be where your consumers are.”

Users have made more than 258,500 visits to “Shop City” to date, according to data on Roblox. Roblox was founded in 2004 but saw more pronounced momentum during the pandemic. As of the three months ending Sept. 30, 2022, Roblox had 58.8 million daily users who spent a combined 13.4 billion hours engaging with its experiences.

Claire’s, which launched its “ShimmerVille” experience on Roblox in October, has had 2 million visitors so far. Among other activities, “ShimmerVille” players can build and decorate homes, earn digital currency by having a job, own a pet and outfit their avatars in Claire’s accessories and clothes. The game features six destinations, including Claire’s C-Style Mall, Claire’s Cafe and Bungalow Valley.

“As we see what the audience is positively responding to, we will continue to evolve the experience with new spaces and engaging elements,” Patrick said. “We plan to launch several new environments, host live-stream events and continue to grow our pet selection to over 100 unique critters, some of which we’ll launch in-store as physical merchandise as well, to keep that momentum going.”

Overall, she added, “we are treating this as true IP with a number of different extensions and endless possibilities.”

‘An unlimited amount of shelf space’

As a testing ground for physical retail, the metaverse allows brands to find out what resonates with customers before bringing items into the real world. In this way, the metaverse could help companies to conserve resources like time and money, while also reducing their carbon footprint, Hochberg said.

“Imagine a much more cost-effective, fast research and development program that is actually healthy for the environment,” he explained.

And, while many apparel retailers are rolling out promotions to get rid of excess inventory, “in a virtual world, we don’t have any things on markdown, because… it’s an unlimited amount of shelf space,” Hochberg said.

The metaverse also widens possibilities to connect with customers outside of an app or a store, Lucien Etori, vice president and executive strategy director at R/GA New York, told Modern Retail. “The metaverse essentially says, ‘What if you’re able to… exist in a community, able to have people from all over the world come shopping your store without having to get on a plane and go to Madison Avenue?'” he said.

Metaverse users have many options to build out their homes, cars and clothes within these experiences. From a product-selling standpoint, “it’s a really interesting convergence that not just mirrors real life, but extends it,” he said.

Experts said that ultimately, the metaverse can be a helpful tool because it keeps a coveted demographic — young users —  engaged with a brand in a different way. This year, McKinsey found that Gen Z, millennials, and Gen X consumers expect to spend between four and five hours per day in the metaverse in the next five years.

Many companies across sectors have realized this over the past 12 months. Chipotle, which first experimented with Roblox in October 2021, returned to the platform in April 2022 after the success of its “Boorito Maze,” which helped the chain reach its highest digital sales day ever. That same month, Wendy’s partnered with Meta’s Horizon Worlds to open a virtual reality store. Coca-Cola, which joined the metaverse in 2021, rolled out several new activations in 2022 for International Friendship Day, Halloween and Singles’ Day. During the spring, Coca-Cola launched a soft drink within the metaverse, Coca-Cola Zero Sugar Byte, which it then began selling in select retail stores.

In the same way that Disney World creates an immersive experience for visitors by encouraging them to buy merchandise, ride rides, stay at hotels and go on cruises, so too can the metaverse, Hochberg said.

“Think about that experience, but without the laws of gravity,” he explained. “And now you start understanding the power of these virtual experiences that retailers are creating.”