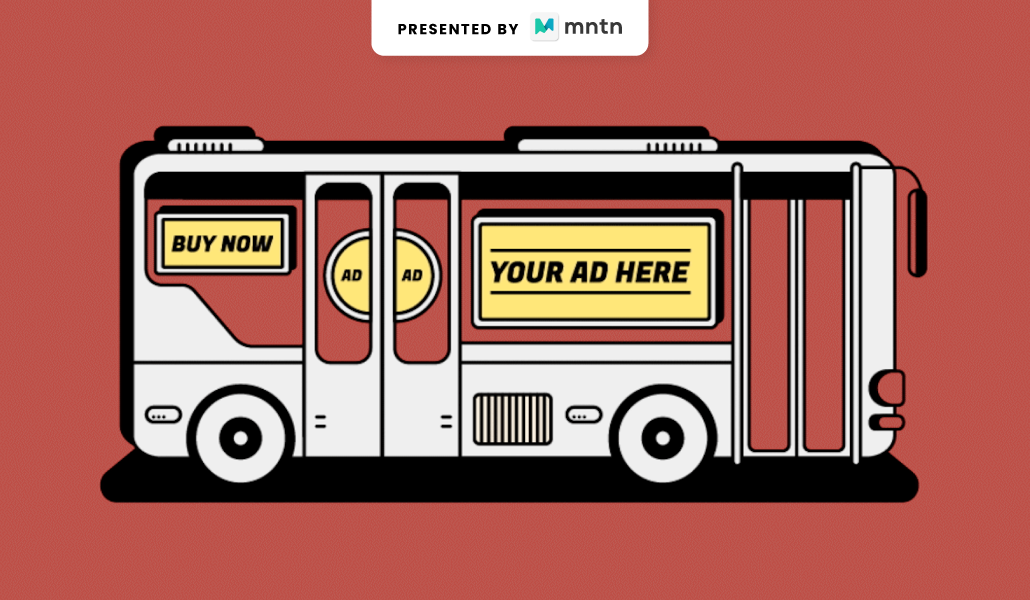 TikTok’s popularity skyrocketed at the onset of the pandemic — and so, too, did the number of brands jumping on the platform. Today, nearly every major company, from Burger King to the NBA, has a TikTok account. But, for all the marketing dollars brands are funneling to TikTok, some companies like Peace Out Skincare are beginning to turn to traditional advertising like out-of-home to break through the digital noise.

Like many other beauty brands, Peace Out has leveraged TikTok as a way to connect with audiences around the world. Two years ago, a TikTok duet with skincare influencer Hyram Yarbro helped the brand to sell six months’ worth of products within 24 hours. “We really saw the viability of TikTok,” Junior Scott Pence, Peace Out creative director and CMO, told Modern Retail earlier this year. “It’s not just for education and having fun with the brand and engaging with our consumer, but a viable selling platform for us.”

Today, TikTok remains Peace Out’s “number one channel,” with 117,000 followers and 4.1 million likes, Pence told Modern Retail in a new interview. But the company is now leveraging more than just digital ads. “Out-of-home (OOH) is now becoming a very, very big part of our media spend and our media play in general… We’re really for the first time being able to do what a lot of our competitors have been doing for a very long time,” Pence said. Thanks to a recent cash infusion, the skincare brand’s new media mix is focused on bigger, often more expensive channels like billboards and public transportation ads in major metropolises.

Peace Out’s newest product is an Acne Day Dot that’s 62% thinner than its regular Acne Dot and designed to be worn during the day, with or without makeup. (Customers can buy 20 Acne Day Dots for $19 at Sephora.) To build awareness around the product, Peace Out launched a “Spot the Dot” challenge on TikTok, built out influencer campaigns and updated its network of dermatologists and estheticians. Its TikTok video on Dec. 4, in which founder Enrico Frezza announced the Acne Day Dot, has 25,200 views.

Peace Out can spend “four to five times more for this campaign” compared to previous campaigns, Pence said, thanks to a $20 million investment from 5th Century Partners earlier this fall. Notably, the investment also means Peace Out “can go hard on outdoor advertising, which is something we had never really done before,” he added.

To market the Acne Day Dot and its message of “heal and conceal,” Peace Out is embarking on a multi-step, multi-city OOH campaign. In Los Angeles, it is running electric buses wrapped in Peace Out ads, putting up 17 billboards and hoisting banners on flag poles. In New York City, it is in the process of taking over multiple subway entrances, including stops at Columbus Circle and Union Square. It’s also sending postcards to people’s mailboxes to drive traffic to Peace Out or Sephora.

OOH ad tools like wallscapes and posters are slowly taking up a greater piece of the advertising pie as tech giants update their privacy and data tracking policies — making it trickier for brands to collect user data. Google, for instance, says it will stop using third-party cookies in Chrome by the end of 2024, while Apple’s iOS 14 operating system gives users more control over ad tracking.

“As you hear about the death of the cookie and contextual targeting, that is OOH’s strength,” said Dylan Mabin, president of Geopath, an organization that provides audience metrics for OOH advertising. “You’re buying a location because of its context, because it’s on a busy road, or it’s at a particular subway stop or in a particular shopping district.”

Ad spend for OOH was up 15% in the third quarter of 2022, compared to a year prior, according to data from Standard Media Index. For the beginning of the fourth quarter through November, OOH ad investment was up 81% in 2022 from the same time in 2020.

OOH is a new strategy for Peace Out that covers all the bases, Pence explained. “I don’t feel you can 100% rely anymore on digital or what’s happening with digital to drive your consumer,” he said. “I really do feel it’s become more of a well-rounded [approach], where old ways of advertising are now becoming new: catalogs and posties, inserts, things that we traditionally used before we had digital media. So we’re starting to play more to that, which is very exciting. And we’re actually starting to see the consumer come to us, which has been great.”

Peace Out is not ditching digital by any means. It’s posted more than a dozen TikTok videos about the Acne Day Dot and relaunched its YouTube channel to have full makeup tutorials, behind-the-scenes videos and updates about the brand. One of its most recent videos is a “Glam Makeup How-To” with makeup artist Jordan Liberty.

“We’re noticing… this connection… in our consumer between [watching] TikTok and then going to watch long-form content on YouTube,” Pence said. “We’re really looking at more ways that we can leverage TikTok, not just from a selling perspective or brand awareness perspective, but how we can drive our consumer off of TikTok into other areas that we have.”

Peace Out doesn’t have metrics to share about this current campaign, but Pence said that customers across channels have “loved” the Acne Day Dot. “We’re expecting it to outpace our original Dot in the next few months for sales.”

Many companies have turned to TikTok for marketing because it has more than one billion monthly active users worldwide. But OOH advertising has its perks, too, Kimberley Ring Allen, founder of Ring Communications and professor at Suffolk University, told Modern Retail.

With a TikTok video, “you might get 200,000 views, because you used a great trending sound,” Ring said. “But does that mean at the end of the day, somebody went out of TikTok, went to your bio to click on the link or went to Google to find your website… and bought something?”

“Going back to the basics of advertising, it’s context and creativity, meaning, you have to break somebody’s attention span,” she said. “You have to get them to stop the scroll, stop what they’re doing and look and see something else.”

Compared to other digital and social media channels, “I think OOH is much more trusted as an advertising mechanism,” Geopath’s Mabin told Modern Retail. “I think some of that comes from the fact that it is part of where people spend their time. And people spend time in the areas that they feel comfortable in… It is very safe and available and a medium that also now, with some data, you can really connect the dots [with] on that journey. So, I think it’s exciting.”