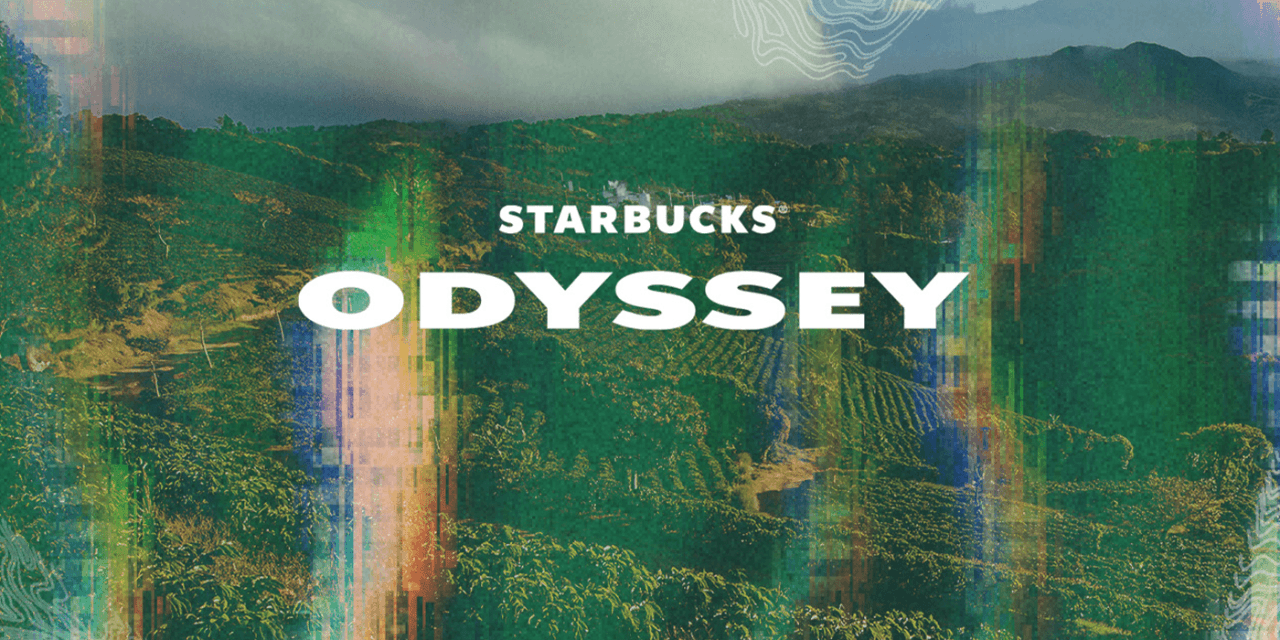 Despite cryptocurrency’s instability, companies continue to bet on Web3 and the blockchain.

Building programs on Web3 — which refers to a decentralized internet infrastructure based on blockchain technology – became trendy over the past year. But as the once-skyrocketing value of non-fungible tokens (NFTs) tell, some industry watchers expected these types of rollouts to slow down.

However, that doesn’t appear to be the case, especially among large retail brands. In the past couple of months, brands like Puma, Alo Yoga and Lacoste released their own Metaverse-ready Web3 collaborations. And this week, Starbucks officially announced its new Web3 venture — called Starbucks Odyssey — as the next phase of its loyalty program.

According to Starbucks, “the Odyssey experience will offer members the ability to earn and buy digital collectible stamps (NFTs) that will unlock access to new, immersive coffee experiences.” Although the announcement was short on details, the press release stated that Odyssey will be an extension of the company’s existing rewards program. Through the new interface, members can participate in several activities, such as interactive games and challenges that test and educate them on coffee. As of now, users can apply to be on the waitlist, and receive access to Odyssey when it launches later this year.

This announcement comes as the entire crypto market faces a major cooling. In August, Bitcoin plunged to below $19,000, a far drop from its all-time high valuation of $68,000 in November 2021. Meanwhile, NFT sales have also steadily dropped this year – after experiencing a hot streak in 2021. According to The JPG NFT Index, the valuation of a handful of so-called blue chip NFT projects fell about 70% between April and June.

The new Starbucks program sounds similar to its current gamification-focused rewards strategy. Over the years, the company has rolled out real-time games and challenges to encourage users to earn and redeem points. Starbucks’ current program has over 25 million members, who account for about 53% of in-store spending.

Many of the brands that are entering the NFT space for the first time appear to be rewarding certain behaviors with access to as many real-life products and services as possible. Alo Yoga’s Web3-based NFTs will reward loyal shoppers with real-life perks like personalized shopping sessions and access to Alo’s exclusive wellness clubs.

For Starbucks, in particular, aiming to grow its already-popular rewards program through Web3 gaming and rewards could stand to be a long-term benefit.

Matt Kates, senior vp of loyalty program provider Clarus Commerce, said that the new technology could help brands like Starbucks better understand the kind of perks customers are seeking. Through Odyssey, customers could either work to earn NFTs that unlock free drinks and food, or earn more exclusive experiences, such as a Starbucks Reserve Roastery visit.

“While it is true that crypto, NFTs and Web3 are risky investments, they represent new and evolving opportunities for brands to engage with their consumers,” Kates said. “Starbucks has one of the most popular loyalty programs of all time, and part of that success is thanks to its experimentation to keep up with changing consumer interests.”

With that, Starbucks will have to figure out how to make its program more palatable to everyday consumers. Unlike other brands creating shopper perks built on Web3, Kates noted that Starbucks has avoided calling its rewards NFTs, and is instead referring to them as “digital stamps” — making it more approachable for existing and new rewards members.

Kates added that there are already many NFT and crypto marketing campaigns that offer consumers a variety of collectibles, but their real-life value is still confusing to a chunk of the population.

“While Gen Z is more familiar with the functionality of NFTs, we found that about 43% of consumers – mostly older generations – aren’t that interested in digital assets yet,” Kates explained, noting that a lot of this disinterest and confusion is likely due to the technology is still being its infancy.

Billy Huang, co-founder of Web3 advertising and technology company Insomnia Labs, said that the benefits of building out a Web3-based program are case by case, he said. “With so much investment going in and relatively little consumer traction, it remains to be seen who will execute Web3 well,” Huang said.

It’s worth noting that Web3 projects take some time to build out before they’re rolled out to the public’s use. This makes it more difficult for retail companies to predict demand for digital trends like NFTs in the long run, Huang said. Starbucks Odyssey, for instance, has been in the works for a few months, with Starbucks teasing it back in May.

“Starbucks is thinking a little bit larger and long term, using the blockchain to create a portable rewards system that can be more easily transported into other programs in the future,” Huang explained. This means that as technology evolves, Starbucks Rewards members will have more flexibility on how and where they store their points and perks.

But that’s likely to be down the line. “Right now, it’s fun from a consumer perspective but it remains to be seen how successful these programs will be,” Huang said.

How JCPenney is using online quizzes to drive loyalty

JCPenney is taking steps to drive additional visits from its loyal customer base using online quizzes. By sending the quizzes to shoppers who’ve shared their emails with JCPenney, the company is able to tailor its marketing efforts around the customers that already love to shop with the retailer.

How brands are embracing the next evolution of retail transactions

As contactless payment options become more popular, brands are looking for ways to stand out from competitors. Economic changes and the aftermath of an e-commerce surge coupled with quarantine-era shopping journeys have challenged old payment systems. Brands know they’ll need new solutions to keep up with the evolution of the consumer.  In response, brands are […]