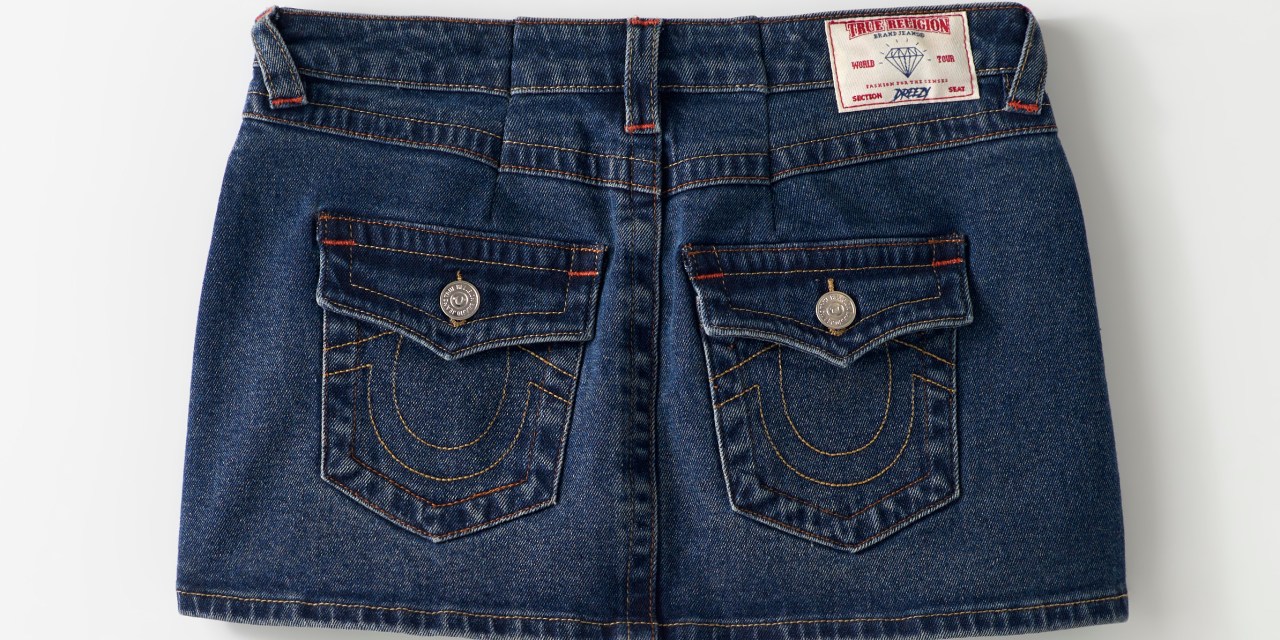 True Religion wants to achieve true parity between its men’s and women’s businesses.

True Religion wants its women’s section to hit $220 million over the next three years, it told Modern Retail. True Religion’s total revenue for 2021 was $255 million, up from $151 million in 2020. The company hopes to eventually reach $500 million in revenue.

To build out the women’s side of the brand, True Religion appointed Tina Blake its first-ever senior vice president of women’s design and brand image earlier this month. In line with True Religion’s presence as an omnichannel retailer, Blake wants to grow the women’s business across multiple avenues, from its brick-and-mortar stores to e-commerce.

“Hearing that the women’s business had become so small in comparison to how it was, I like a good challenge,” Blake told Modern Retail. “I feel like this is something that we really could do. She should be half of our business.”

A shift in strategy

Blake came to True Religion from Techstyle Fashion Group, where she managed design, product development and technical design teams for JustFab and ShoeDazzle in North America and Europe. There, she used a data-driven approach to women’s fashion, which she now wants to apply to True Religion.

When it comes to the customer, it’s important to ask, “what do we know about her?” Blake said. “What does she love from us? And really using that to inform our decisions when we’re creating product, so that we can really make amazing denim but also non-denim categories for her.”

The majority of True Religion’s sales come from jeans, although the company also sells shirts, shorts, outerwear, bags, hats and wallets. Its kids’ offerings include tees, hoodies, jeans and jackets. While the company will remain denim-centric, Blake wants to highlight all of True Religion’s items through a “complete the look” approach.

Blake is also thinking about how men’s and women’s items are displayed in physical stores. The men’s apparel takes up more space at the moment. “Do we… change out the imagery? Do we give her more real estate?” Blake asked. “I think that that’s something that will evolve over time… I think just having more front-and-center tables as you walk in, little things, will improve the women’s penetration in the stores.”

True Religion is eager to connect with younger shoppers, especially due to today’s resurgence of Y2K fashion. “The Gen Z generation, even a lot of millennials, they don’t go to stores,” True Religion CEO Michael Buckley told Modern Retail in April. “So I think it’s even more important that we really make sure that we are completely buttoned up and focused, priority number one on building that digital business.”

Today, True Religion has a robust TikTok presence, with 16,200 followers and nearly 115,000 likes. One of its videos has more than 1 million views. It’s also developed capsule collections with the popular rappers 2 Chainz and Dreezy and is looking to increase its influencer collaborations.

But, Blake stressed, there has to be broad appeal. “Everybody wants the Gen Z consumer, but we’re also interested in the millennial lady,” she said. “We know that in our consumer base, age range is really wide. And I think that that’s amazing.”

The denim market has undergone massive shifts in the last couple years, according to research from The NPD Group. For years, skinny jeans were the most popular jeans style for women in the U.S., but last year, they were usurped by straight fit, flare and boot cut styles. Straight-leg jeans were best-sellers in 2021, accounting for one third, or $3.3 billion, of the women’s jeans market revenue.

While men’s jeans have a leading presence at True Religion, overall, women’s jeans account for more than 60% of the adult denim market, Maria Rugolo, a fashion apparel industry analyst for NPD, told Modern Retail. But, “despite being the larger share of the market, they have been losing share,” she said. Women’s jeans accounted for 63% of the adult jeans market for January-October 2019. That has since dropped to 61% for January-October 2022.

Men are also wearing jeans more times during the week, Rugolo said. The number of men who wear jeans 5-7 days a week has gone up 7 points from 2016, while the number of women who wear jeans every day has dropped 6 points. “He seems to be wearing jeans more on an everyday basis, while she’s wearing them a bit less,” Rugolo said. “It’s almost like his jeans have become more equivalent to her active bottoms.”

Ultimately, though — and in good news for True Religion — “if you look at the styles that work in women’s denim, I think there is opportunity to have a little bit more innovation there,” Rugolo said. “Not to say that men’s denim won’t be innovative, but I think men’s denim is a little bit more classic… Women’s has a lot more opportunity with different styles and with different trends that happen on social media.”

No matter what the channel is, True Religion wants to better understand — and cultivate — consumers buying women’s apparel. “There’s a lot of different people coming in for women’s, and we want to bridge the gap and make amazing product for everybody,” Blake said.

From livestreaming to retail media, malls enter the digital age

Most people think of malls as large pieces of retail real estate. During the pandemic, however, fewer customers were visiting branded retailers, which served as the mall’s anchor tenants and its primary sources of foot traffic. Due to this dip, some malls have been trying to become less reliant on traditional business models.