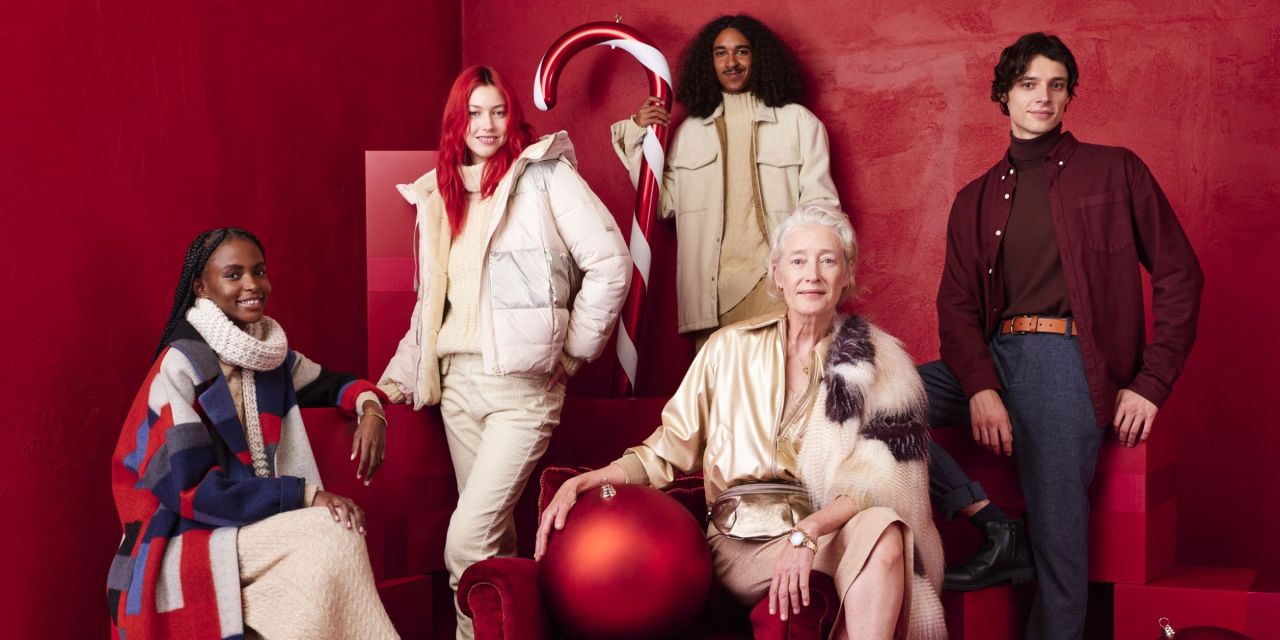 More than a decade after it closed all of its North American stores, Hong Kong-based fashion label Esprit is plotting a comeback in the U.S.

With its colorful sweatshirts and signature three-stripes “E,” Esprit was once one of the biggest brands of the late 20th century. It was founded in 1968 by Susie and Doug Tompkins (who also started The North Face), but it wasn’t until the 1980s and 1990s that the brand really took off. However, the company lost momentum in the mid-2000s amid the rise of fast fashion chains like Zara and H&M. Esprit’s full-year profits plunged 98% in 2011, and shortly thereafter, the company left North America and closed 80 unprofitable stores in Europe and the Asia-Pacific region. In June 2020, Esprit announced plans to shut all of its locations in Asia, except those in mainland China, as the pandemic upended worldwide retail.

Heading into 2023 and beyond, Esprit wants to draw on what made it a breakout brand in the first place, while also being “playful, modern and cool,” Andjelic told Modern Retail. Esprit “is really where a lot of current fashion trends originated — you know, having that oversized, layered, metropolitan, outdoor, masculine and feminine all at the same time,” she explained.

Today, “we really want to tap into that community of Gen Z who loves vintage… and those fans that really remember Esprit from the ’80s and ’90s and who have a soft spot and are rooting for the brand and love that aesthetic.”

Last month, Esprit made its official return to the U.S. with a pop-up on Robertson Boulevard in Los Angeles. It was a huge success, Andjelic said, and Esprit will have another one on Prince Street in New York City later this month. As the final planning gets underway, Andjelic spoke to Modern Retail about what it’s like to rebuild a brand in today’s environment. This interview has been edited for length and clarity.

What are some of your major goals for the company, in your capacity as the new chief brand officer?
This is an iconic 1980s, 1990s brand and one of the iconic global brands. And like many of those iconic brands from 40 years ago, it’s in a changed retail environment with the new macro and micro economic changes, consumer behavior and opening of new markets… So it’s basically looking at how to bridge the gap between the brand heritage, everything that made the brand exciting in the first place, that made the brand iconic in the first place, and looking at how that DNA can translate in 2023 and beyond.

What do you think are some of the biggest differences between the brand’s heyday, versus now, in terms of what it represents to consumers?
In the ’80s it was a much, much, much simpler retail environment. The retail model was much simpler. You had luxury brands that were very limited in their distribution, very limited in their broad cultural influence, unlike now. The middle market was massive — the Gaps of the world, J. Crews of the world, Abercrombies of the world, Esprits of the world — they were dominant, that’s what people saw. And then you had the TJ Maxxes, the Walmarts. So it was a very clear pyramid, if you will, of how retail was structured.

And then you also had a very clear business model. You sell in your stores. There are no websites. You have your own stores. Those stores are cathedrals, flagships, amazing experiences. Because most of your money came from wholesale… And so now, fast forward 30 years later, 40 years later, and all of a sudden, you have interest in social media and mobile; you have the first decline of the stores, the comeback of the stores, definitely decline of wholesale. So that really pushes you as a brand and a business to rethink how you want to compete and… what you want to stand for.

…And then you’re also competing with other ways that people spend their time and money: experiences, travel, self actualization, taste, everything is jumbled in one thing. So, in that sense, without having a clear aesthetic, you can’t survive as a brand.

Why do you think this is the best time for the brand to come back to the U.S.?
The consumer confidence in the U.S. is much higher than in Europe right now. And so from that macroeconomic perspective, you have that going on. Second of all, there is a gigantic ’90s brand revival. There is that nostalgia for that entire aesthetic that emerges with TikTok. So that’s perfect culturally.

…And then when you think about iconic American brands, iconic global brands, and when you say, ‘Oh, whatever happened to them,’ there is love there. In a sense, people like to be reminded of their childhood, what they used to like… So I think culturally, it’s a really good moment to tap into the zeitgeist of people feeling really nostalgic and very ’80s-, ’90s-focused, and with a new generation already adopting that aesthetic that is our DNA. So, in that sense, you’re coming into a retail environment, a consumer-based environment that is already aligned with what we have to offer aesthetically.

Speaking of TikTok, I know Esprit has a growing TikTok. Are you going to be working on boosting the social media presence of the brand?
Absolutely. I’ve been at the job for a little bit more than a month, so there’s so much to do: website redesign, the new creative direction for campaigns and marketing shoots, new product design direction, all of that is happening at the same time. Our Instagram is already moving in the right direction. TikTok is going to be moving in the right direction. You’re gonna see a lot more investment and a lot more brand footprint in social media and in media in general.